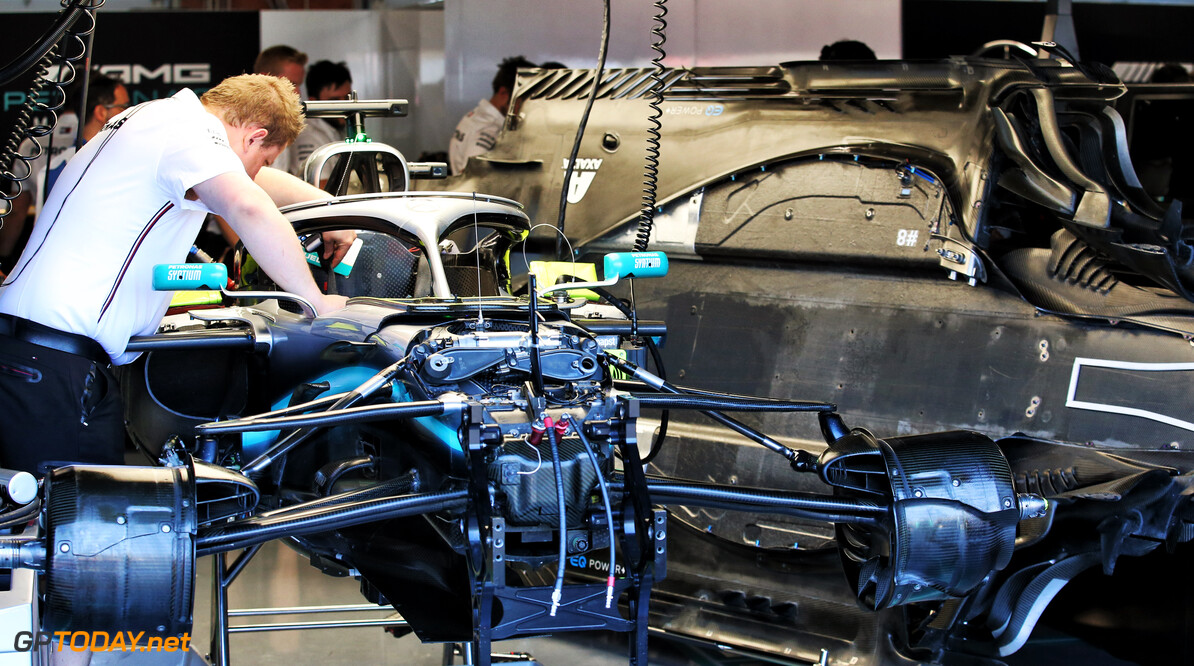 Mercedes has confirmed it discovered a hydraulic leak on Lewis Hamilton's car, forcing it to make repairs in time for the start of the Canadian Grand Prix.

The leak was found on Saturday night after qualifying, with Mercedes stating that it "diagnosed the source after the car came out of parc ferme and are now putting the car back together.”

Hamilton qualified for the Canadian Grand Prix in second place as Sebastian Vettel stormed to his first pole position of the year.

This weekend, Mercedes introduced 'Phase 2' engines for the works squad and all of its customer teams. Valtteri Bottas' car also had a leak on Friday evening.

During Friday practice, Lance Stroll suffered an engine failure, forcing the Racing Point driver to revert back to the old spec engine for the remainder of the weekend.

Mercedes affirmed after Stroll's incident that it would be turning down the power in the rest of the units for the weekend.