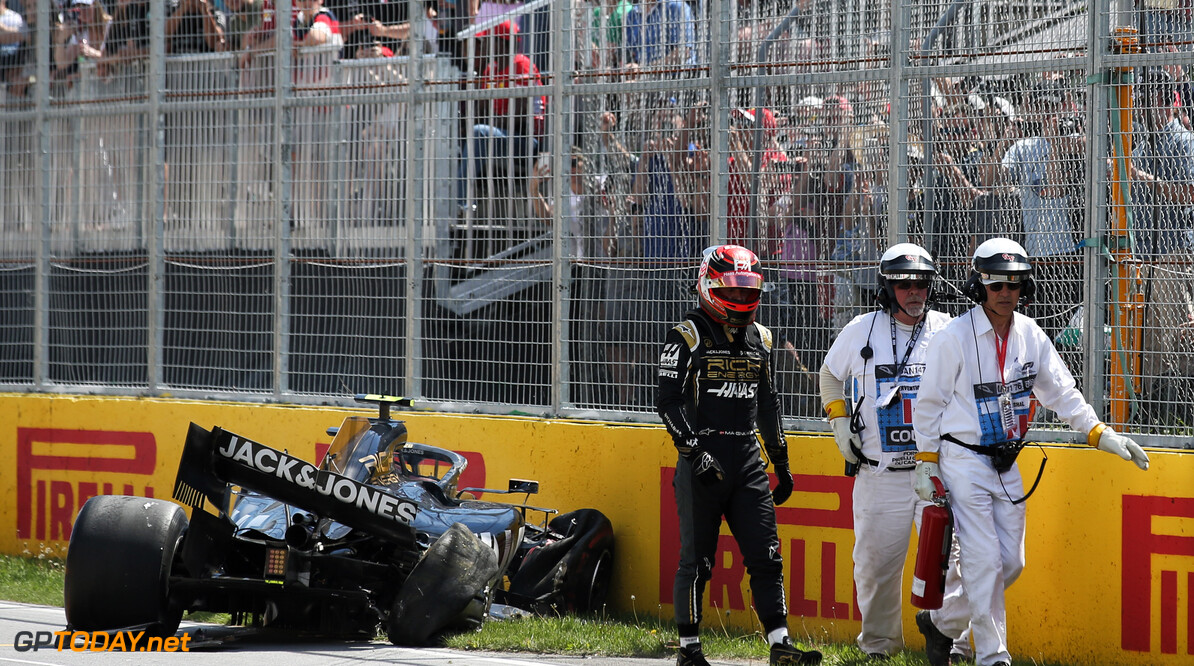 Kevin Magnussen will start Sunday's Canadian Grand Prix from the pit lane due to the extent of the damage following his crash during qualifying.

Magnussen hit the wall at the final corner on his last Q2 lap, which sent him spinning across the track and into the barriers.

The Dane advanced into Q3 as he was inside the top ten at the time, but will now take a pit lane start as Haas will replace the gearbox and chassis.

Magnussen's crash hampered a handful of cars who couldn't improve on their lap times, including Max Verstappen, who as 11th when the chequered flag fell.

However, the Red Bull driver will move up two positions as Carlos Sainz was handed a grid penalty for impeding Toro Rosso's Alexander Albon during Q1.

"The performance of the car was better than we expected over the whole weekend to now," said Haas team principal Guenther Steiner. "Unfortunately, in Q2 qualifying Kevin crashed heavily, which compromised Romain’s lap as well as he was right behind him.

“It doesn’t seem we can catch a break at the moment. We’ll just keep on working hard to get back to where we should be.

“The car is fast. We didn’t expect it to be this fast, as this has been one of our weaker circuits - at least that’s what we had anticipated. We’re optimistic looking to the next races, we just need to try to get a little less unlucky.”