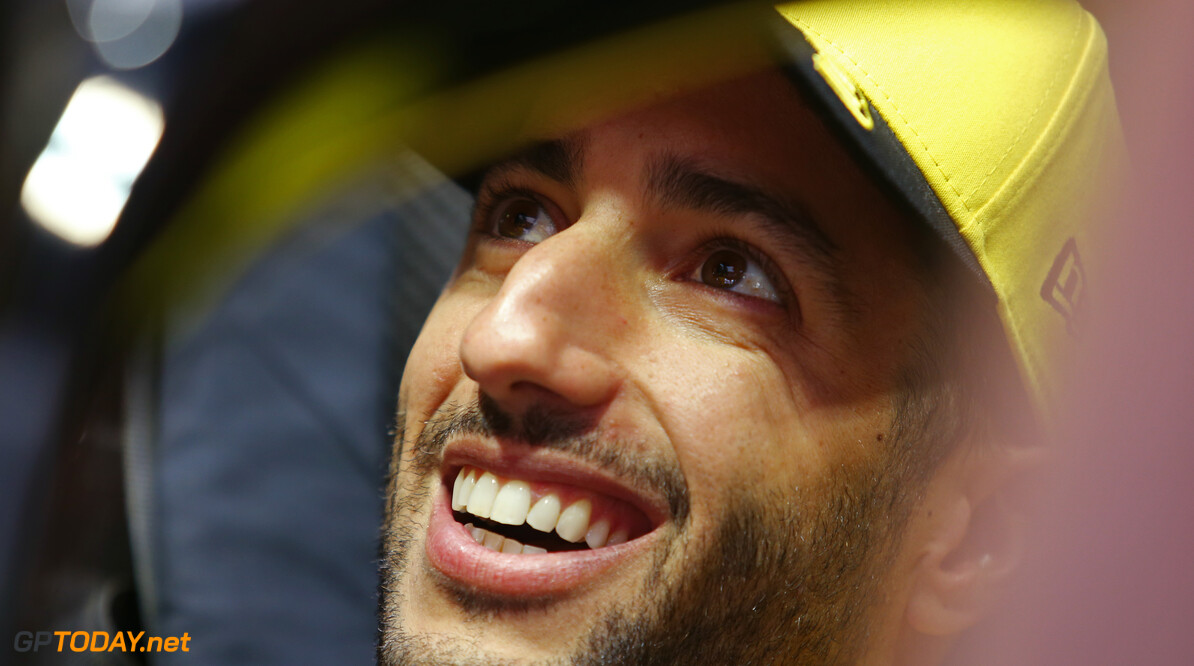 Daniel Ricciardo says he is not feeling downbeat about Renault's poor start to the 2019 season.

The Enstone squad has failed to consistently emulate the results it was picking up in 2018, where it was fighting at the front of the midfield at most races.

After five races this year, both Ricciardo and teammate Nico Hulkenberg have just one top ten finish each, with Ricciardo picking up his first points for Renault in China.

Ricciardo affirms that he is still feeling confident about his move to Renault from Red Bull, despite the shaky start to his new position.

"I'm pretty good actually," the Australian said. "A few people have been like 'Sorry it's not going as well for you as you'd probably hoped'. Not in a negative way, I did expect this.

"I knew we weren't going to start off competing for podiums straight away. I expected a struggle somewhat, and I expected work to be done, or work that was needed to be done.

"More from my side, I haven't always been happy with myself, but from where the team stands... of course I wish we were quicker. I do see areas where we can keep improving."

Ricciardo claims that he is still feeling comfortable at Renault, stating that both he and the team needs to keep a positive outlook in order to make improvements.

"I'm still very optimistic that we can keep the trajectory that we were hoping for," Ricciardo continued. "We're still very behind it for now. But I'm not discouraged at all and it's definitely too early in the season for me to be discouraged.

"It's important to address issues that need addressing but you still need to remain positive, confident and optimistic. But hand on hard, I still feel really comfortable and happy with where I am and excited to see some progress."

Ricciardo not thinking beyond 2020

Ricciardo's current contract with Renault expires at the end of 2020, as do the contracts for many of his fellow drivers.

However, the seven-time Grand Prix winner acknowledged he is not working that far into the future just yet, as he adjusts to his new situation at Renault.