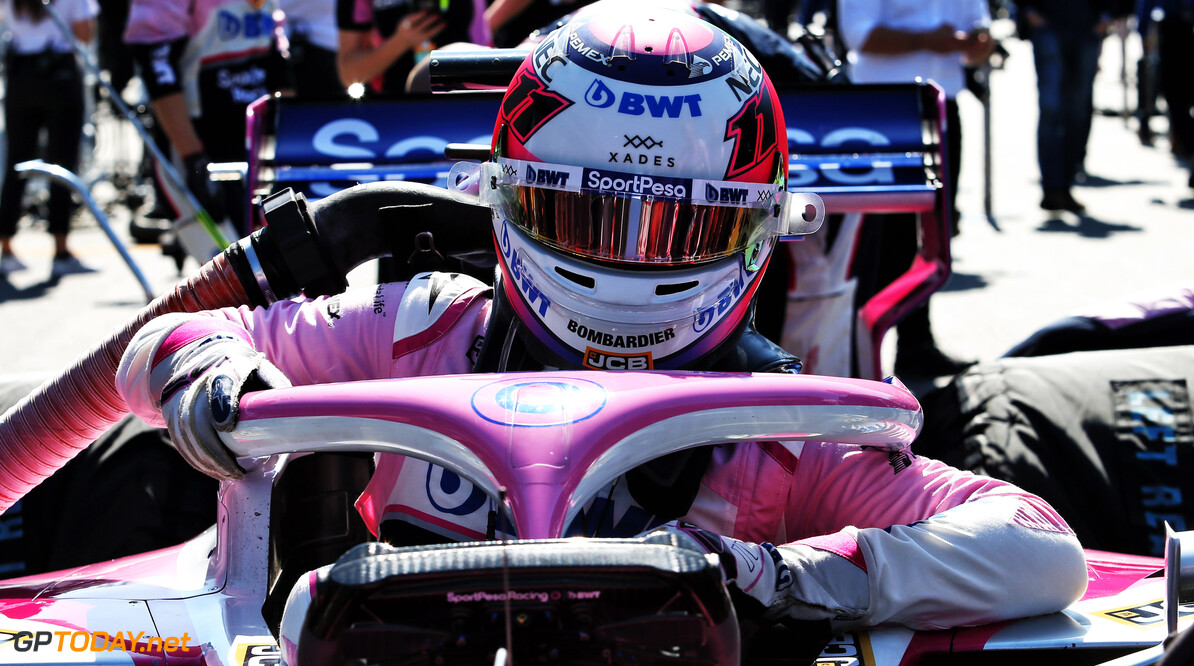 Racing Point's Sergio Perez says he is hoping Racing Point can continue its momentum after picking up a strong result in Baku just under two weeks ago.

After qualifying in fifth place, Perez drove a steady one-stop race to claim sixth place for Racing Point, and picking up his best result since the Belgian Grand Prix last year.

After the race in Baku, Racing Point jumped three places in the constructors' standings and now lies in fifth place, one point behind McLaren in fourth.

Perez described the result in Baku as a 'big boost' and hopes that it will allow the team to pick up more strong point finishes ahead of its midfield rivals.

"The result in Baku was a big boost for us," the Mexican said.

"We were competitive all weekend and we got both cars home in the points. We have now scored points in every race so far this year and we need to keep up this momentum."

Finding the right set-up in Barcelona will be 'a challenge'

With drivers having extensive knowledge of the Circuit de Barcelona-Catalunya from pre-season testing, Perez admits that there are not really any secrets left to uncover from the track.

However, the former Sauber and McLaren driver says that finding the right set-up for qualifying and the race will remain a challenge.

"I’m looking forward to racing in Barcelona," Perez said. "The early-season fly-away races are exciting, but it is nice to be back in Europe getting ready for some of the more traditional races.

"Of course, Barcelona is a track where we’ve already done so much testing and I don’t think there are any more secrets to discover from the track

"Even after two weeks of winter testing in Barcelona, finding the right set-up for the race weekend remains a challenge.

"The data you have from testing is not the most relevant and the temperatures will be very different. Completing a clean and tidy Friday is therefore really important to get the tyre data for the race.

"It’s also famous for being a track where overtaking is extremely difficult so you have to focus on really maximising qualifying.”