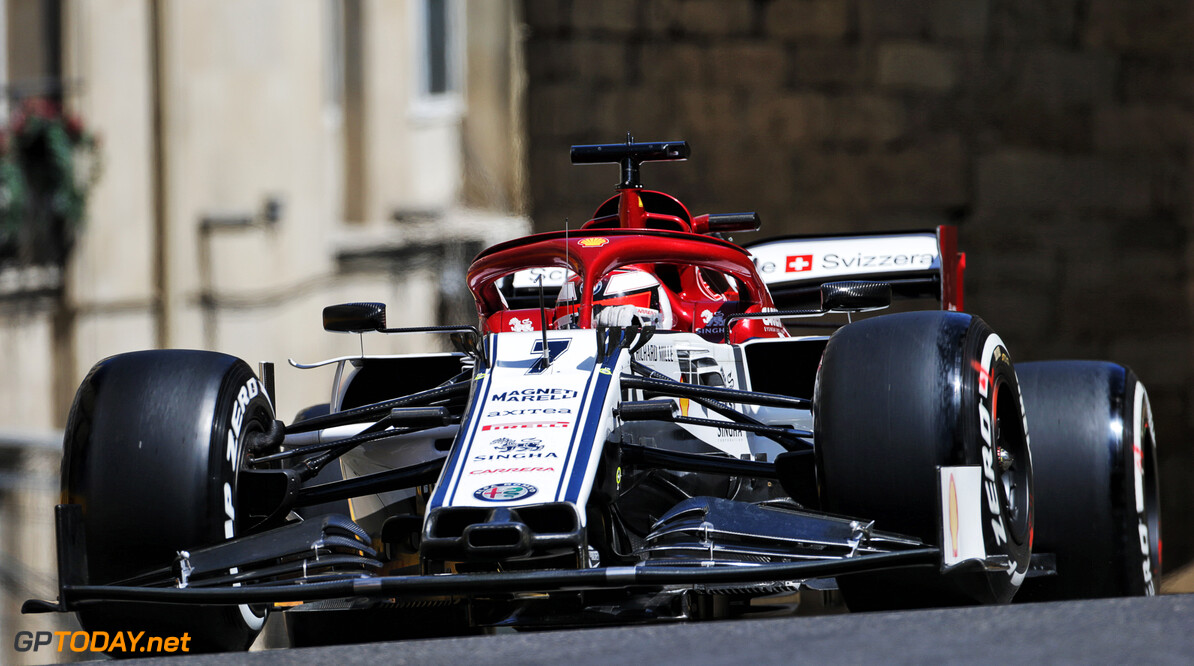 Raikkonen got 'too close' to Hamilton on final Q3 lap

Kimi Raikkonen says he got too close to the rear of Lewis Hamilton during his final lap in Q3 on Saturday, which cost him time at the start of his lap.

Drivers were seen exploiting the slipstream throughout the weekend, with some gaining a number of tenths down the 2.2km start-finish straight.

The Alfa Romeo driver misjudged how close he was to the Mercedes as he prepared for his last qualifying lap, which put an end to any attempt of moving upwards.

"I never put any laps together,” Raikkonen said. “Obviously I had one new set [of tyres] for the last lap, but we struggled at the start of the lap because I got too close to the Mercedes.

"It’s shit, but there’s nothing we can do about it now. Everybody was trying to find the best position in the outlap and I just got too close to the Mercedes and that destroyed the start of my lap.

“It was pretty much done at that point. In the end, it wasn’t good at all. It’s disappointing but that’s it. In traffic it’s tricky to do a fast lap, we got too close and that’s it. It’s not a disaster.”

Raikkonen qualified in P9, and was the slowest of the timed runners in Q3, as Charles Leclerc didn't set a lap following his crash at the castle section during Q2.

However, he will move up one place as teammate Antonio Giovinazzi, who set the eighth fastest lap in Q3, received a 10-place grid penalty for fitting a third control electronics ahead of Friday practice.