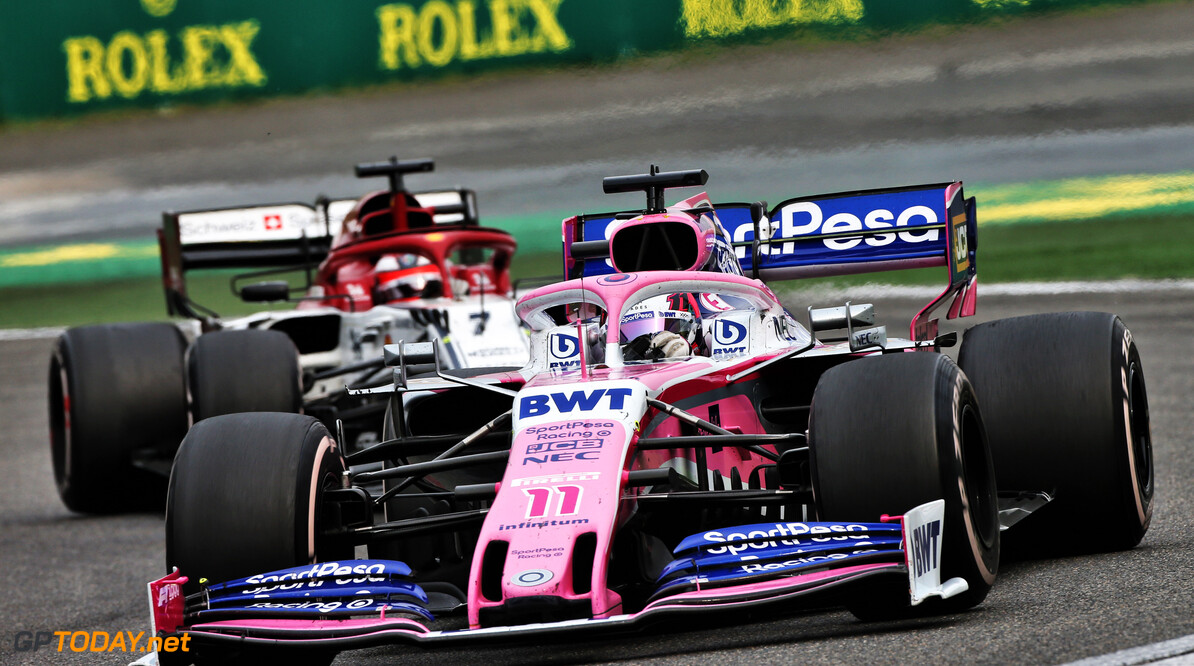 Sergio Perez described his Chinese Grand Prix as "perfect" as he raced to an eighth-place finish.

The Mexican failed to make it into the final stage of qualifying on Saturday in Shanghai but had a blistering opening lap in which he made up four positions after starting from 12th.

“It was a tremendous lap one,” he reflected. “I saw a gap, I went for it and I managed to get a lot of places.”

Perez drove to the end after making just a single pit stop on lap 20, ditching the medium tyres for the hard compound.

"We are very pleased with that. It’s what we have to do while the car is not at the level we expected to be. We just have to get out there, try to out-perform them, I think it’s what we did.

“Today we’ve done a pretty good job, very sensible, fantastic lap one and good management of the tyres. I think we just [had] a perfect race.”

Perez admitted that it was not a simple drive to the end, as he came under pressure from some of his midfield rivals.

“I was under a lot of pressure from faster cars behind like Kimi [Raikkonen], at the same time [Daniel] Ricciardo was trying to push him in the beginning as he was in the quali tyre.

“I was close at times [to Ricciardo] but I think he was just managing the tyre so every time I got close he had the pace to pull away.”

Racing Point now sits eighth in the constructors' championship, one point behind both Haas and McLaren who are tied on eight points.