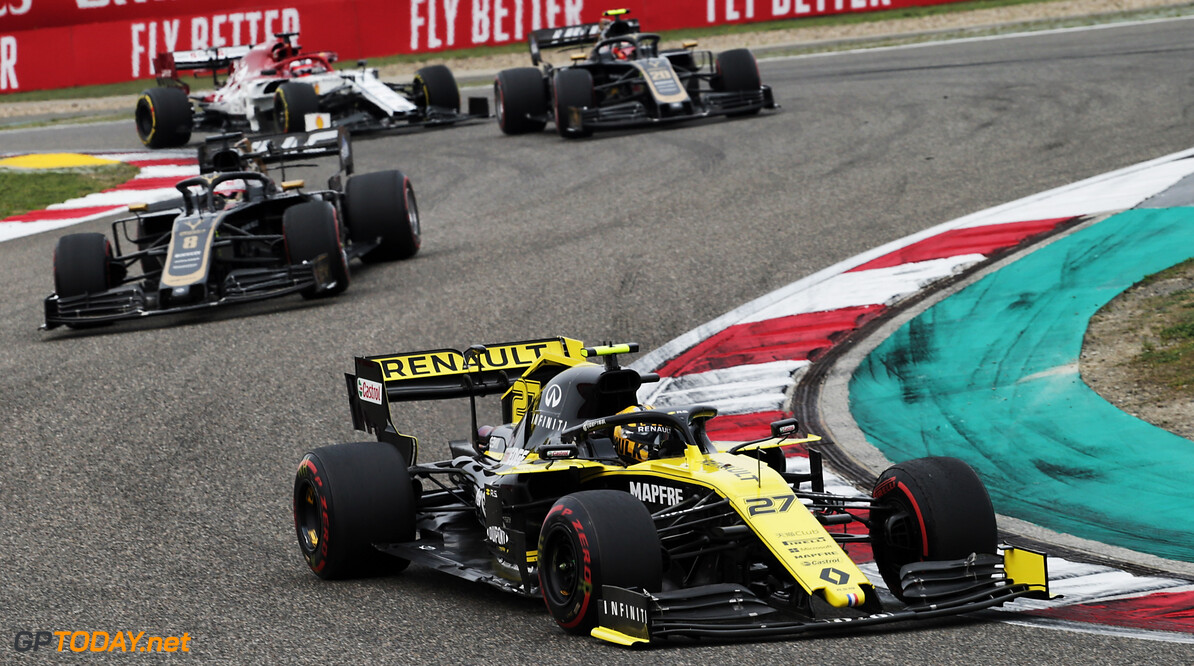 Renault has confirmed that Nico Hulkenberg's retirement from the Chinese Grand Prix was down to a software glitch relating to the MGU-K.

Renault introduced a new MGU-K in Shanghai after it was hit with issues in Australia and Bahrain.

"It’s too early to say exactly what happened,” Renault managing director Cyril Abiteboul told Autosport. “But we had the problem in Melbourne, and a very quick reaction in Bahrain for one part only for Carlos.

“We had to push massively on production in order to get more parts, which meant that we had to fast track some of the process and some of the sign-off that we do.

"And basically something was triggered that we had not had the time to properly sign off. It’s not an excuse, it’s a fact.

“All of the other cars have worked without any problem using the same part. We’ve covered 5000kms on the dyno with that part. It’s just for one particular reason we went into a mode which triggered something in the software.”

Although the problem that arose in China put Hulkenberg out of the race, Renault is confident that no parts will need to be replaced for the next round at Baku.

"We don’t think so. We think it’s something that is outside of the part itself, we don’t think that the part that Nico was using was damaged," Abiteboul said.

"We think it’s a software issue, we think we need to change something on the software to deal with something that was changed in the hardware.

“That’s why we were hoping to try and fix it in the course of the race. Maybe it was not broadcast, but there were a number of actions that Nico was trying to do. He could not go as far as rebooting the whole car.

“That’s almost what was necessary. If you want to drive the car now, you could, it’s working absolutely fine! It’s a typical software problem – you have a ‘freeze’ you need to reboot. It’s pretty much what we were trying to do on track, but it didn’t work.”

Renault has hit reliability issues at all three opening races of the year in 2019, with three of the four Renault powered cars retiring at some point due to a power unit problem.