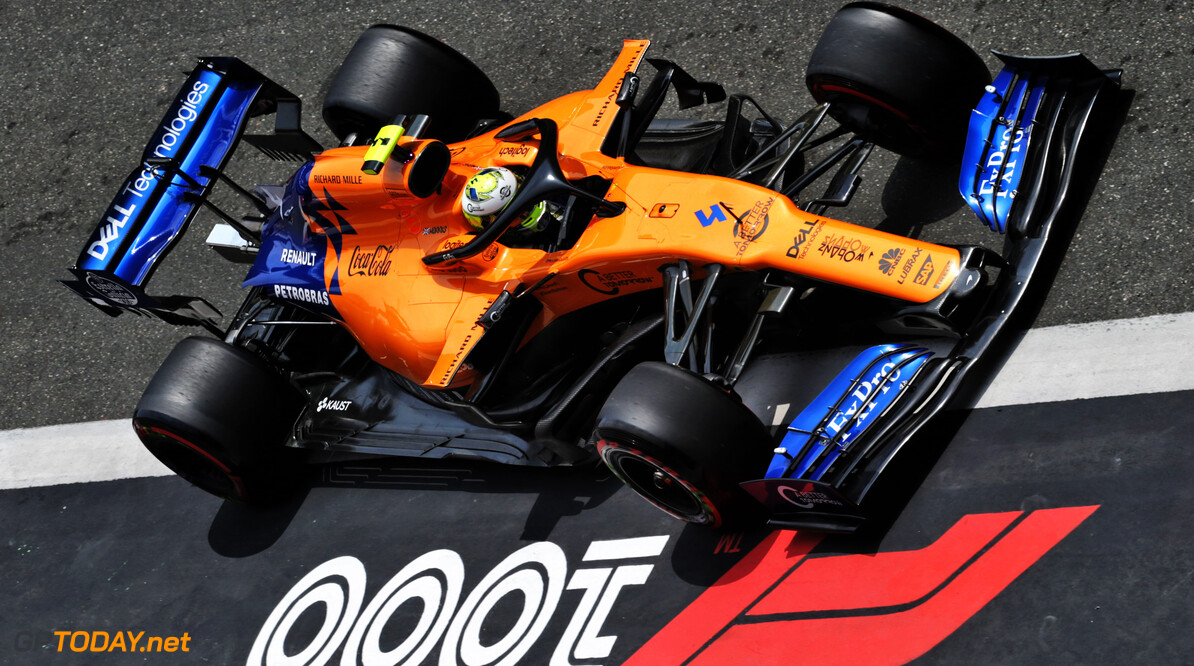 Lando Norris says that McLaren's qualifying result in Shanghai paints a truer picture of where the team is in the pecking order.

After Q3 appearances in Australia and Bahrain, both Norris and teammate Carlos Sainz dropped out of the second stage of qualifying.

Sainz got the better of Norris to take a spot on the seventh row, qualifying in 14th place. Norris was four-tenths down on Sainz's time and was the slowest driver in the second stage of qualifying.

"As a team, with the car we have now, at this track, it’s just not as nice and it’s not performing as well as the past two weekends,” Norris admitted.

“I think we did very good, and now having more realistic results because obviously it’s made to look a bit more disappointing, but it wasn’t out of the ordinary. We were kind of expecting it in a way.

“The other teams have done a better job or extracted more out of the car this weekend than what we’ve been able to. It's a bit annoying, but not the end of the world.”

Norris added that McLaren understands the work it needs to do to improve, as it has been evident since the start of the season despite its impressive performances at the opening two rounds.

“There’s a lot of work to do in terms of getting the car better, but that’s obvious and has been since the beginning of the season,” Norris said.

“We’ve got a bit of work to do for tomorrow, but the race is always different so we need to make sure we make the most of it.”

Norris bagged a sixth-place finish last time out in Bahrain after potentially missing out on points in Australia when his strategy was hampered by Antonio Giovinazzi in the Alfa Romeo.