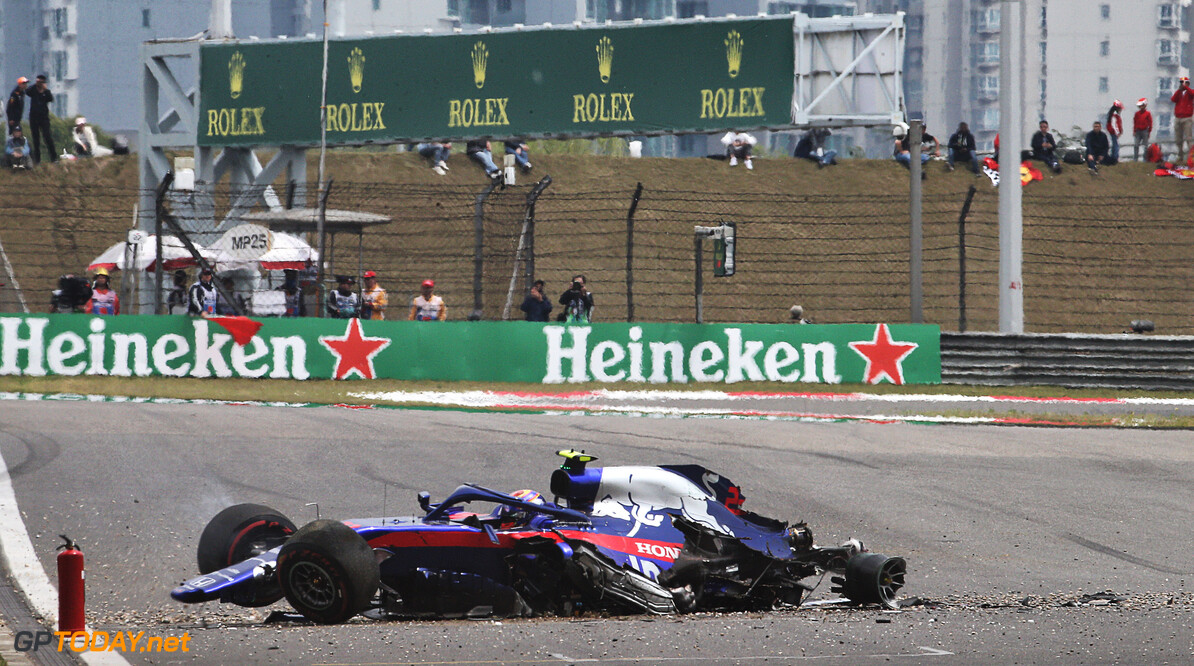 Albon to receive new Honda engine ahead of Chinese GP

Honda has confirmed that it will fit Alexander Albon's Toro Rosso with a new engine for the Chinese Grand Prix on Sunday.

Albon's STR14 sustained heavy damage when he crashed during the final practice session on Saturday morning. The Thai-British driver ran wide onto the astroturf at the final corner, which resulted in a loss of control and a heavy impact with the barriers.

Toro Rosso is set to install a new chassis ahead of the race, which will result in a pit lane start for Albon.

And now Honda has confirmed that a new power unit will be stationed inside the car for the start of the Grand Prix in Shanghai.

"We are all relieved that Alex is fine after his FP3 crash," said Honda F1 technical director Toyoharu Tanabe.

"As a result of the accident, we are changing the power unit and sending the one that was in the car at the time of the crash back to Sakura for a full check.

"At the moment, we do not know the full extent of the possible damage to the various power unit elements."

Albon was 'a bit greedy' when he crashed

Following his return to the paddock, Albon admitted that he was being too greedy in search for lap time.

The crash comes as a blow for the 22-year-old, who carried strong momentum into the weekend after picking up his first points at Bahrain two weeks ago.

“That area of the track, there is lap time there, you can run a bit wide, it just helps you bring that entry speed into the corner," he said. "And it’s something I’ve been doing on the last run before and the day before as well

“If I did it differently I would just obviously have backed off once I realised at that point I was losing the car, I'd have released the throttle and not finished the lap, just bring it back on track. It’s hard to say now because it’s not that easy to do but it was maybe being a bit greedy."