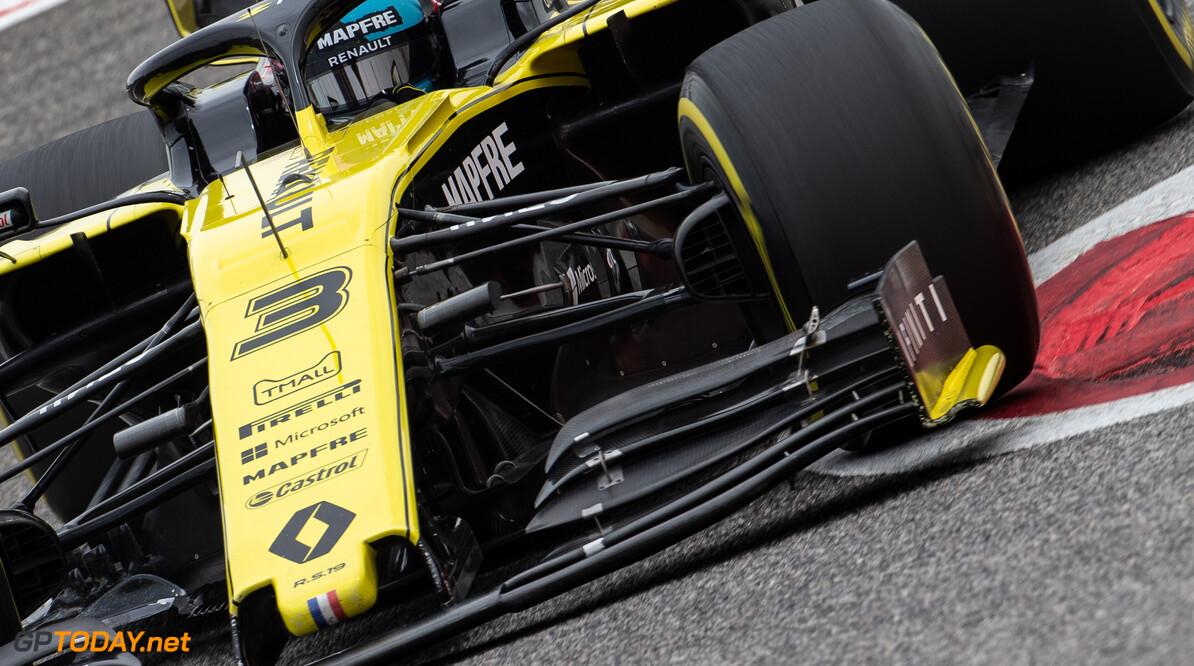 Ricciardo: Renault trying to do too much

Daniel Ricciardo says that Renault has accepted that it is trying to do too much over the course of a Grand Prix weekend.

The Australian has had a tough start to his career at the Enstone squad, retiring from the opening two rounds of the year.

At his home race in Australia, his race was destroyed in mere metres, as he lost his front wing on the run into Turn 1 on the opening lap. In Bahrain, he looked set to score a P10 finish before he was hit with power unit issues.

As he continues to adapt to his new surroundings, Ricciardo thinks that the team needs to ease off during weekends in order to reap results.

"One thing we’ve also assessed is maybe we are trying to do too much over the course of a weekend,” Ricciardo said.

"We got the chance to analyse on the Monday after Bahrain. Sat down with the engineers and had a debrief in a bit of peace and quiet in our own environment.

“We established that maybe we are currently trying to do too much. Where I am trying to settle in and also my engineers are trying to work with me. Probably all of us are trying to be too clever.

“You are always trying to find the limits. But for now we just need to keep a more basic approach and just do what we can, do it well, and then probably not look for that extra one percent at the moment.

“There is probably more time from just being comfortable and working well together. I know that once I start getting really comfortable with the car, that will reflect and that will go on to my engineers and then they will start to have more confidence."

Ricciardo affirms that he is not frustrated as he knows that there is a lot more potential to be extracted from the car across the remainder of the season.

"I already feel pretty good with the team around me,” he stated. “We just sat down now for the last hour chatting over some stuff from Bahrain and also this weekend. There is good feeling with it, so I know it is going to come.

“That is why I’m not frustrated yet because I know that definitely things are going to come good. I want to get there as soon as possible but at the moment we are not fighting for a championship. So there is time for us to make these mistakes to become better.”