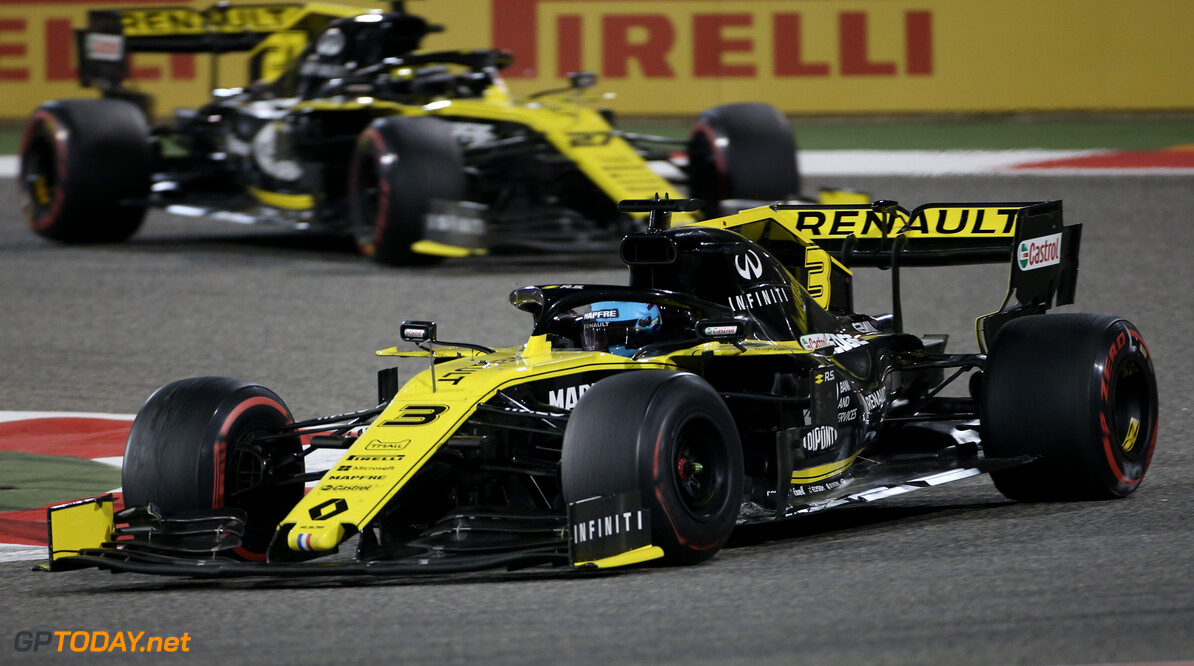 Renault managing director Cyril Abitebould says that the Enstone squad must focus on improving its reliability after a double DNF in Bahrain.

Renault was on its way to a double points finish, with Nico Hulkenberg set to take P6 before he suffered a blown engine in the dying laps.

Moments later, at the exact same point on the circuit, teammate Daniel Ricciardo's car switched off when he looked set to take P9, his first points for Renault after missing out in Australia.

“Our race today came to a sudden stop so close to the finish,” Abiteboul said. “These are issues we have previously encountered but something we were unable to rectify in Bahrain.

“These problems are increasingly frustrating and unacceptable as both cars have shown very good competitiveness both over one-lap and race runs. We must react and shift our focus on reliability.”

Hulkenberg admits that he felt assured that he had the strong points finish in the bag, and says he learned to never get complacent with a track position no matter how late in the race it is.

“In my mind I had it already, but it just shows that you always have to bring it home the full race distance,” Hulkenberg said. “I was controlling everything. I had a gap to Norris. Everything was fine, but it came without any signs or problems before.

“It just happened from one moment to another. So a bitter one, hard to swallow. A brutal moment that can happen in racing. But on the positive side we had decent pace in the car again today. But the problems yesterday and today prevented good results.

“The engine guys at Viry will be very devastated and down. There is no point hammering on them. We need to work as a unit and help each other.”