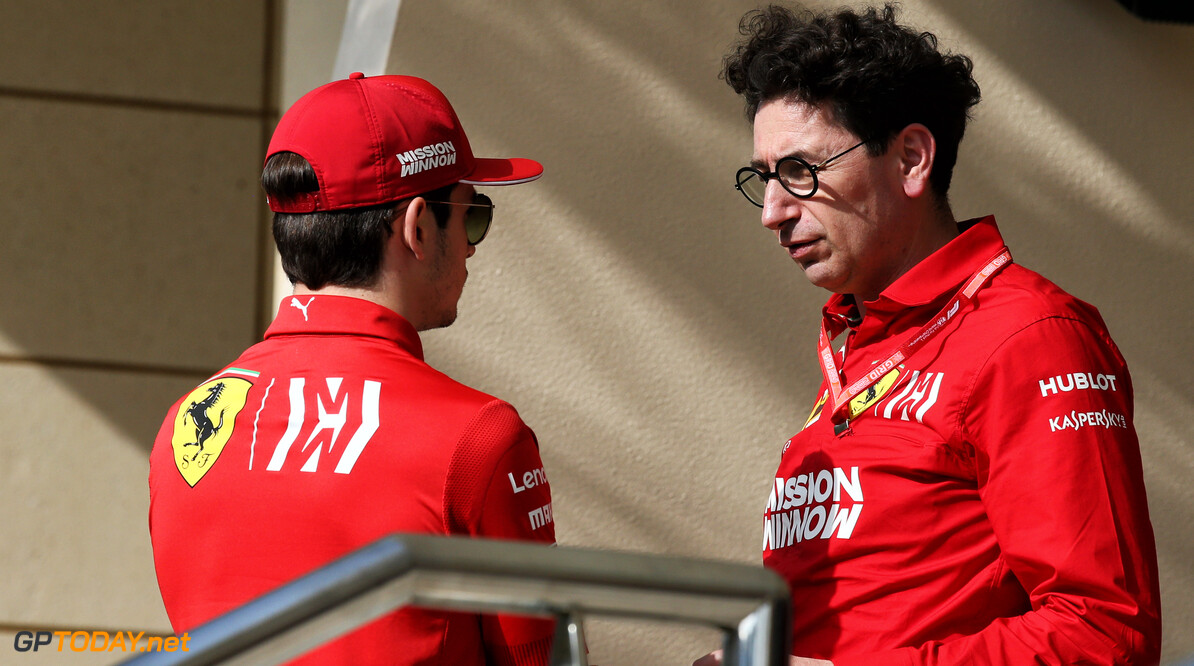 Ferrari team principal Mattia Binotto says there is no clear indication that notifies the Maranello squad what caused Charles Leclerc's issues during the Bahrain Grand Prix.

Leclerc had a comfortable 10-second lead before he reported that there was a problem with his engine. He soon found himself being passed by Mercedes' Lewis Hamilton, who went on to take the race win.

Leclerc also dropped behind Valtteri Bottas but secured a spot on the podium after the race finished under a safety car that was called after the two Renault's stopped at Turn 1 with mechanical problems.

Binotto says that Ferrari will investigate the problems soon, as it attempts to swallow the difficult result.

"We need to now look at the engine, the car, the data," he said. "We don't have a clear indication yet, it's too early so we'll check later on. It's good that we finished that race in third place, points that will count.

"We got the fastest lap of the race too, thanks to Charles. He did a great race, it's obviously disappointing but we need to look at the positives from the weekend and come back again stronger.

"I think we had a good car this weekend. We can count on our two drivers, obviously it was not a great race for Seb as well, he was second when he made the mistake but he can still deliver."

Vettel was battling with Hamilton for second place before spinning out on the exit of Turn 4, which resulted in an extra pit stop for the German.

However, Binotto is reserving judgement over the incident: "It's something that can happen in a race. They were fighting, it's understandable, so no blame at all."