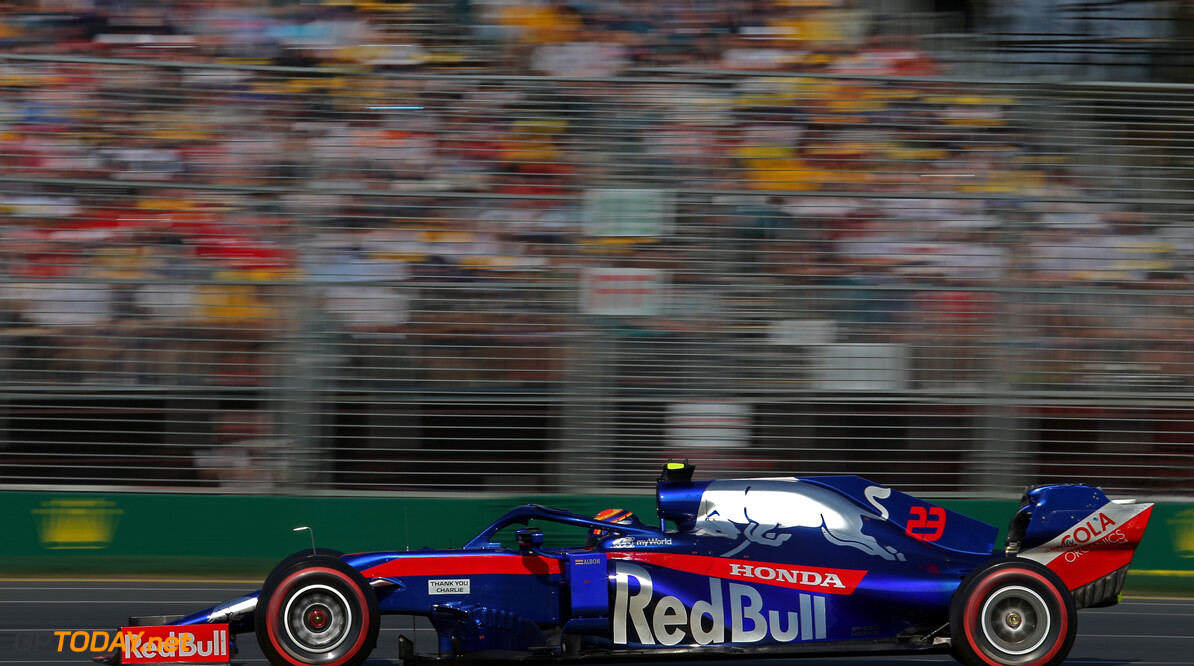 Alexander Albon says that an unlucky strategy prevented him from scoring points on his Formula 1 debut.

The Thai-British driver took part in his maiden race with Toro Rosso and qualified in 13th, ahead of teammate Daniil Kvyat who returns to the sport having spent the 2018 season as a Ferrari development driver.

Albon says that his strategy wasn't bad, but getting caught behind drivers hurt his push for points.

"The race didn't quite go as how we wanted it to, but looking back on it, I don't think points was possible with the strategy," Albon said. "It wasn't a bad strategy, just unlucky with Giovinazzi, Norris, Perez and myself. It was a train.

"All the people that we were in front of got past us, and this track isn't too easy to overtake on so I spent much of my race looking at an orange or pink rear wing.

"But I'm happy with he final result, and there's a lot of good things to take into Bahrain."

Albon spent the last two seasons in Formula 2 and offered an insight into the differences in tyre performance, stating that drivers can push harder during the race in F1.

"In Formula 2, you're always driving at 90% during the race to save the tyres. In Formula 1, it's more like 95% so you can push a bit more. But the thing is, when you're following a car, it's really bad for tyres.

"Battling is really difficult, and you can't spend more than two laps [behind another car] without overheating the tires. Following cars is actually better than I expected, but it's still not easy to overtake.

"I don't think Melbourne is the easiest example for this, but when you're in a battle with another car, maintaining your tyres and keeping them cool is quite difficult to do."

Albon added that the preparation for his first F1 race was "calmer" than he expected, as he was kept busy throughout.

"I was a lot calmer than I expected. You're so busy that you don't have time to think about the race. I had a good night sleep, I was relaxed going into the race.

"I knew the procedures, the strategy, there was no doubt. I just had to focus on the driving.