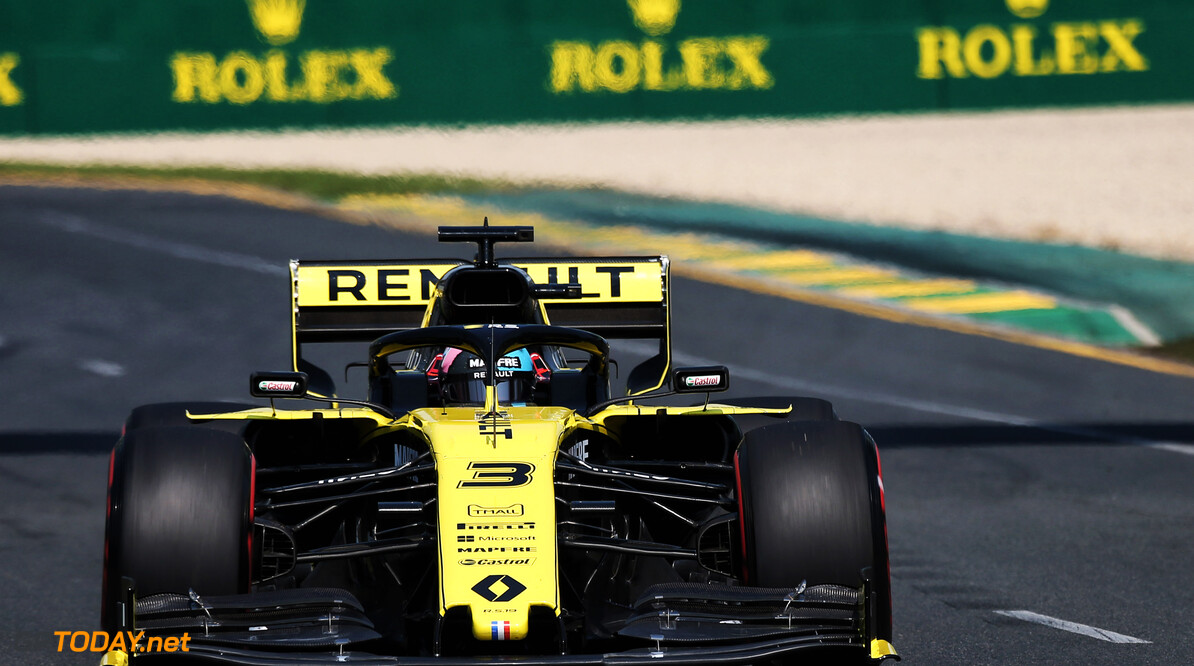 Daniel Ricciardo has thrown his hands up and admits he was at fault for missing out on the final stage of qualifying in Melbourne.

The Renault driver is set to start his home Grand Prix in 12th place after he was marginally out-qualified by teammate Nico Hulkenberg at the end of Q2.

Ricciardo says he is disappointed for the fans that turned up to support the local favourite, and is hoping that he can give them something to cheer about during the Grand Prix.

"Not ideal. Being in Q3 was really the target and half a tenth (the time he missed out on Q3 by), you can always find that as a driver, so I blame myself," Ricciardo said. "The grip was there to go quicker. It's always painful when you know you haven't got 100 percent out of it.

"Normally if I don't qualify as well as I think I can, I seem to carry a little chip on my shoulder for the race and that normally helps me out. We'll give it some tomorrow.

"I race, first and foremost for myself, but part of me was bummed for the crowd today. I know they would have loved to see me in Q3. That's where I felt I came up short, for them.

"I've been impressed with how much [Renault] merchandise I've seen around. I'm happy Renault is taking some cut from that, I don't, so hopefully whatever they make from that they'll put into some new parts on the car!"

Ricciardo will be able to start on a tyre of his choice as he didn't progress into the top ten, but says that grip should prevail in the opening stages of the race.

"I didn't even think of that! It's been a while since I wasn't in Q3 so a free tyre choice, alright.

"You probably want star performance here. Race one, everyone is going to be keen into Turn 1, so you probably want as much grip as possible heading down there. I'll think about that now."