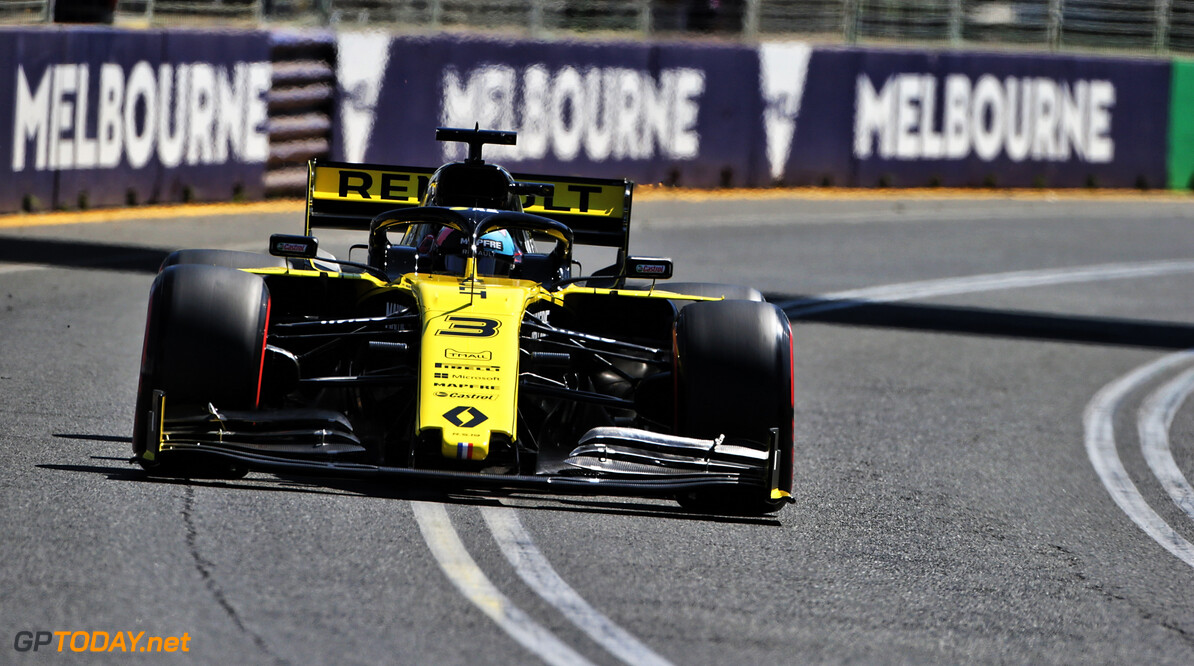 Daniel Ricciardo had a tricky opening day to his home Grand Prix event, as Renault was hit with a number of issues.

The Australian managed just 16 laps in the first 90-minute outing, but managed to rack up 31 in the second session.  However, the afternoon was met with a seat issue that delayed Renault's plans.

The Enstone squad also had major problems for Nico Hulkenberg, who sat out much of FP1 while mechanics worked on his car.

Ricciardo admits that it was a difficult day for him, as he wasn't too comfortable during the long runs, but says the car doesn't look "too bad" after day one.

"To be honest it was a bit more of a difficult day, and then we got the one lap in with the soft tyre at the end of FP2 which put us in a more competitive place," Ricciardo said. "The long run wasn’t that good, either. We were a bit up and down.

"There’s still a lot to learn with the car and still some ways to set it up and a few little tricks here and there. Nico obviously has a bit more knowledge with that, so [I'm] just trying to understand a bit of that direction.

"For now, I’ll probably learn a few things from him and maybe as time goes on he’ll learn some things from me. I think the car doesn’t look too bad for now."

When asked to expand on the issues that marred his afternoon session, Ricciardo said: "It was just a bit frustrating, we wanted to go out. It was frustrating for the mechanics as well.

"I don’t know what was going on with the belt, because the measurements weren’t adding up.

"I haven’t got fat, I know that’s what you’re about to ask me. I haven’t actually been eating that much this week, I’ve been too busy to be eating.

"It’s a bit of a time delay and I could tell everyone was getting frustrated, but it was all good, we finally got some laps in. The short run at the end was okay, long run not so good. Still got some things to learn with the car."