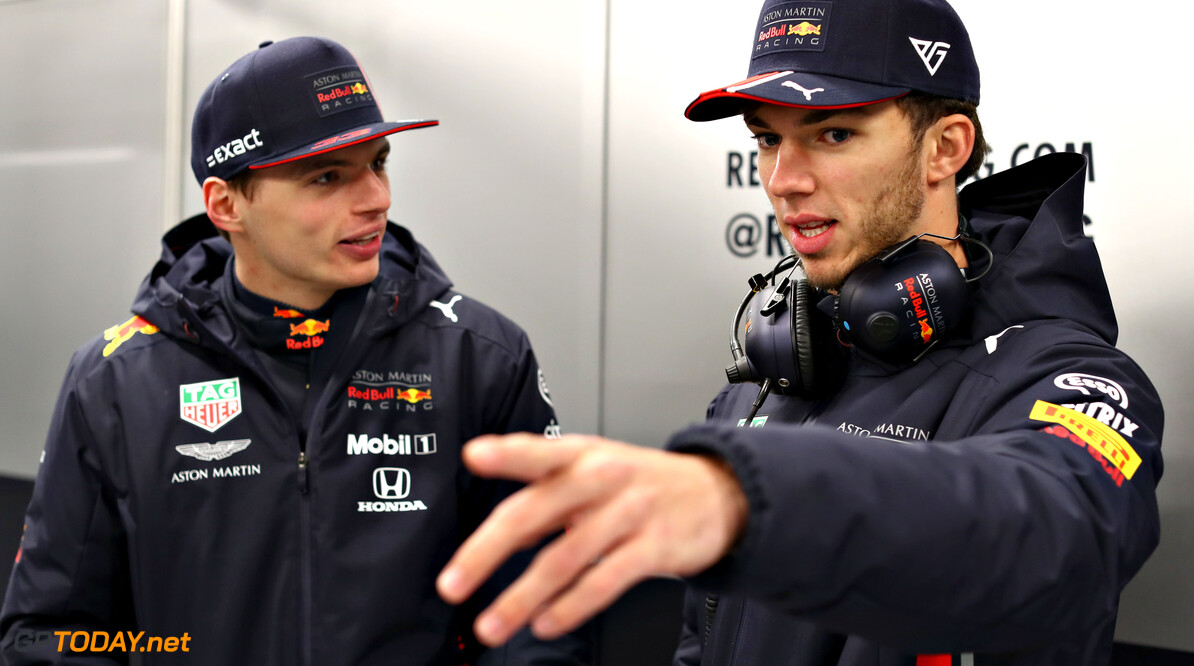 Gasly: Verstappen not the target

Pierre Gasly says that beating his teammate, Max Verstappen is not his target while he gets up to speed at Red Bull.

He aims to learn as much as he can from his new teammate, using the Dutchman's experience to improve his own driving.

Gasly is realistic and says that he still need to accrue more miles with Red Bull. He acknowledges that he has only had one season in the sport and that he still has a lot to learn before he can consider challenging his teammate and fighting at the top.

Speaking about challenging Verstappen, Gasly said: "At the moment it's clearly not the target, we don't have the same experience in the team, and also in F1. I would say it would not be the right target to focus on him at the moment.

"The main thing is to use his experience and speed and talent to learn and take the positive from him, to basically make me stronger, and learn as fast as possible within the team to be able to show my speed."

The Frenchman was happy to downplay his chances and said that he still has plenty to learn. He quickly added that he wants to use the vast experience of the championship-winning team in order to evolve as a driver and aims to keep getting better throughout the season.

"I still only have one full season experience under my belt at the moment, so of course I still have things to learn. The driver I am today is hopefully really different to the driver I'm going to be at the end of the season."

Gasly added that the big accident he had in testing had not had any impact on his confidence. He said that he was fortunate to be able to take the car out for a filming day on the Saturday after testing and managed a couple of laps.

He did add as a cautionary note: "It will probably take time before I feel as comfortable as I was last year with Toro Rosso, with a new engineer, a new car, a different team as well."