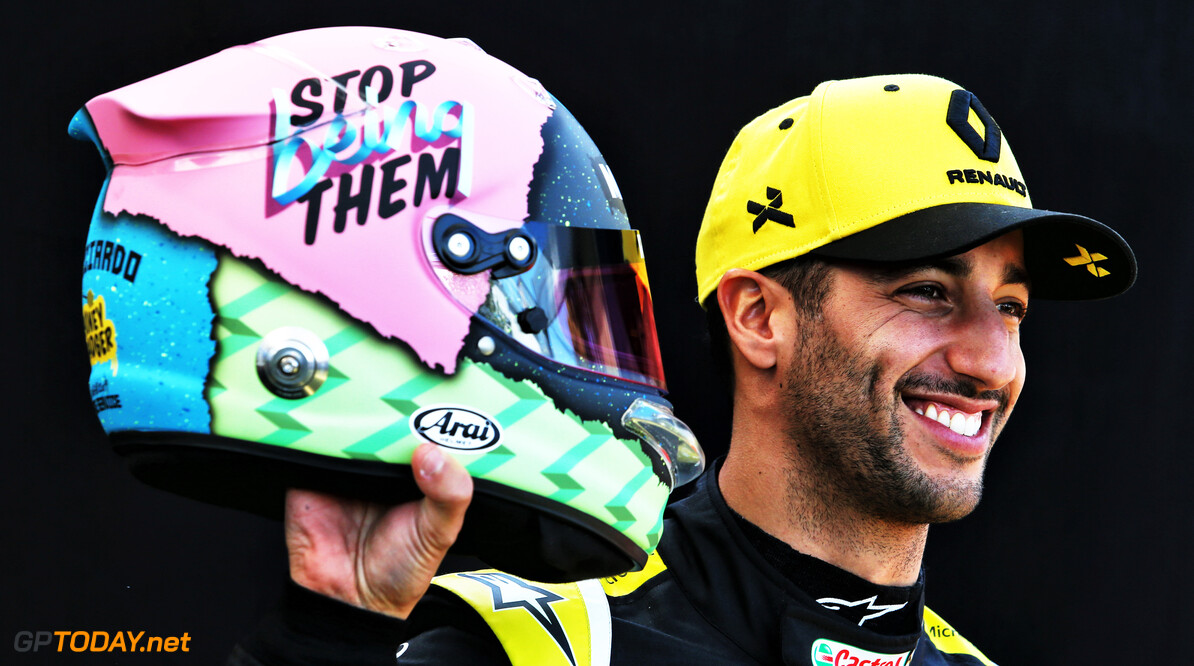 Daniel Ricciardo has shown off his new helmet design ahead of the 2019 season.

The Australian has taken a radical new design, it what is his first year in the sport not part of the Red Bull programme.

The design is a mix of a number of different colours, including blue, pink, green and black. Ricciardo confirmed at pre-season testing that he would be revealing a brand new livery, in Melbourne.

"I’ve been working with an Australian artist, and he has been working on it for quite a few months. I am trying to get away from the typical helmet these days, so it should be funky. It is kind of artistic in a modern way."

Ricciardo will race with Renault this year alongside Nico Hulkenberg, as the Enstone-based squad looks to build back towards the front of the grid.