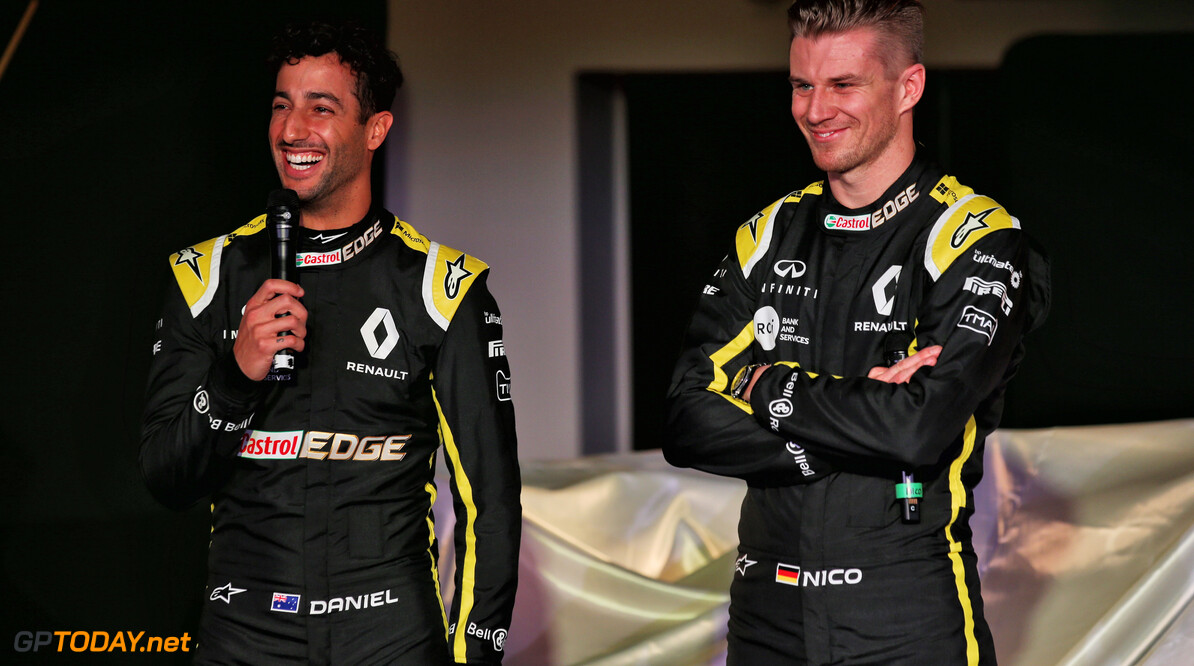 Abiteboul: Renault's line-up potentially 'the best on the grid'

Renault managing director says that its 2019 line-up of Daniel Ricciardo and Nico Hulkenberg is perhaps the 'best on the grid'.

Hulkenberg enters his third year with the Enstone squad, who is rebuilding towards the front of the grid after returning as a full works team in 2016.

This year, he is joined by Ricciardo, who opted to depart Red Bull Racing at the end of the 2018 season. Ricciardo won seven Grands Prix in his time at the energy drink squad, bagging a further 22 podiums.

As it targets pulling clear of the midfield fight this year, Abiteboul says that the team is willed on by the strong line-up.

“The first race of the year, the Australian Grand Prix, is a high point of the season, but even more so this year as Daniel Ricciardo makes his race debut for the team,” he said.

“We head there united and with strong determination. We have a new car that has shown potential [during pre-season testing] in Barcelona.

"The power unit has made progress and our driver line-up of Daniel and Nico is perhaps the strongest on the grid.

“We’re looking forward to seeing them showcasing their experience and talent on track. There is a lot of expectation for the first race, especially with Daniel’s debut for the team coming at his home Grand Prix.”

Ricciardo is keen to put an end to the "theories and speculation" that surround Renault heading into the new season.

“It’s an exciting thought that my first race for Renault is my home Grand Prix,” he said. “There’s always so much hype at the start of the Formula 1 season, and this has been amplified by me joining a new team.

"I’ve had this date circled since I announced I’d be signing with Renault and I’m looking forward to getting race week started.

“It’s been a long winter with a lot of theories and speculation going around, but the race track is where we settle all that.

"We had a good winter test, I’m growing happier every time I step into the car and the first race will be especially exciting.”