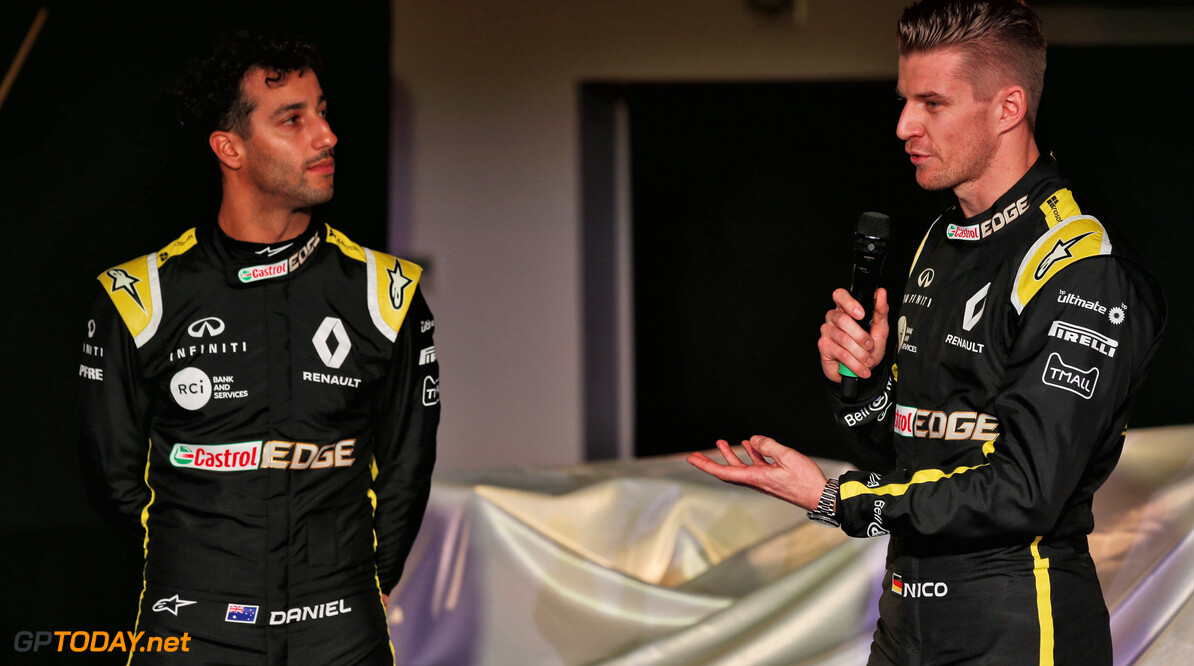 Nico Hulkenberg says that he's excited by the challenge he expects to have against new teammate Daniel Ricciardo in 2019.

Hulkenberg will compete in his third successive season with Renault, while Ricciardo joins for his first, having spent the last five years with Red Bull Racing.

Ricciardo has established himself as one of the most efficient drivers on the grid, after three pole positions, seven race victories and 29 podiums in cars that haven't been able to challenge Mercedes and Ferrari for world championships.

Renault is still growing towards the front of the grid following its return as a works team in 2016, but still has a large ladder to climb. And its two drivers will be working together to help Renault's cause this year, Hulkenberg is aiming to come out on top against his new teammate.

"It is important for me to have a good year," he said. "You say it like it sounds so easy, outperform Daniel. Easy! We will see how things go. I want to make sure that I perform at my best level and obviously only I can feel and say okay this was everything that I can get out of it.

“Usually in my career so far it was enough to beat the other guy. This year there is new guy next to me, so we will just see how it goes. Ricciardo is a tough opponent for me as a teammate, but I look forward to it and am excited for that challenge.

“He is a cool guy, we’ve known each other a long time. We are both experienced enough so we know how to cope with things and get on outside the paddock.

"We’ve known each other for a couple of years and sometimes do stuff, so it is all good.”

Renault brought in Hulkenberg as part of its strategy to return to the front after its first year back. Last season, it finished fourth in the constructors' standings, claiming the 'best of the rest' position.

Hulkenberg wants to repay Renault's faith in him by helping it climb further up the pecking order.

“I just want to satisfy myself and the team and pay back the trust that Renault have put in me and we just want to keep growing together,” he said.

“The other things mentioned [podiums], they will come or not come, it depends so much on are we competitive enough, it is not something that you can steer directly as a driver.”