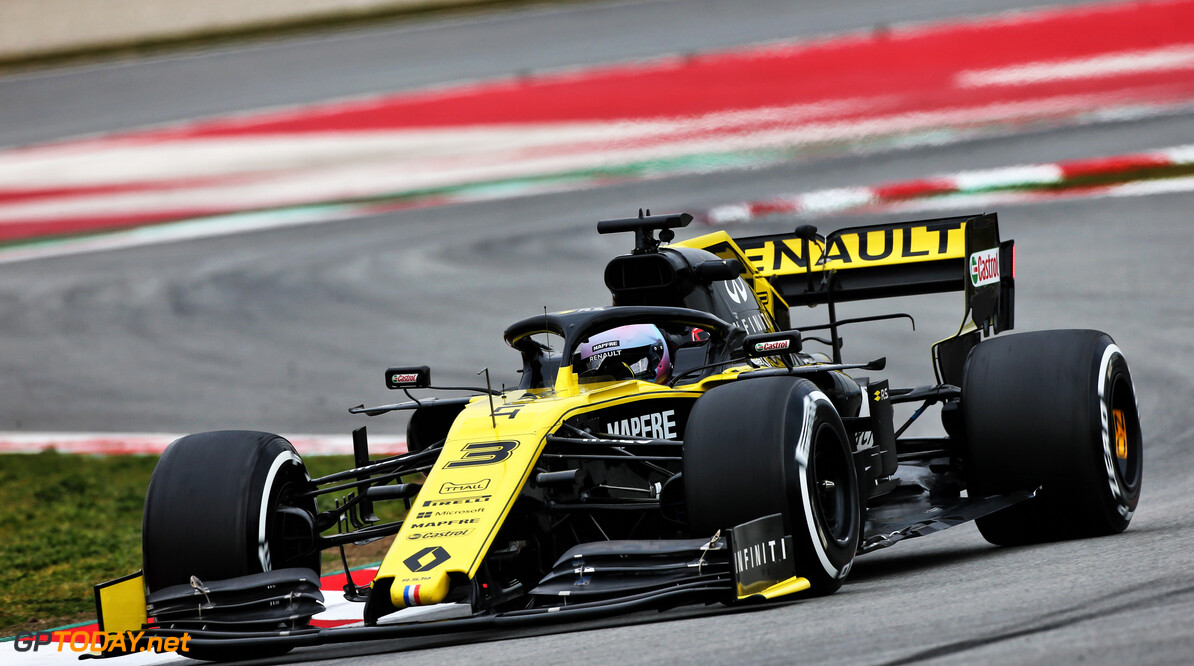 Ricciardo: Too early to predict midfield

Daniel Ricciardo has predicted the top three teams will remain unchanged but that the midfield battle will be too close to call. He said there is no "hard evidence" that Renault will remain in fourth as best of the rest but he believes they are closing up on the leaders.

Renault is aiming for podiums this season and there are some signs that the midfield has closed up to the front. However, Ricciardo says that we won't be sure about where the French team stands until qualifying in Australia.

"Our objective first and foremost is to be fourth or better, but it is really trying to hone in on the gap to the top three. As you know it's big so it's not going to happen overnight. But absolutely the target this year is to close it in and try to develop the car."

Ricciardo also says that it will be hard to rule out any of the teams behind as a rival for fourth place: He pointed out that the track had very different results across the day as it warmed which made direct comparisons almost impossible.

"Because we are not all out at the same time with the same fuel loads, if someone does a time at 10 am, then by 11 am it can be completely different. Realistically we are not going to know until qualifying in Melbourne when everyone has the same fuel, same tyres, same track conditions."

Even Mercedes boss Toto Wolff has admitted that he is wary of some midfield this year and when he was asked about who he saw as possible rivals, he replied by saying that he sees everybody.

In a manner similar to Ricciardo, Wolff finished by saying: "So all of them, there could be a situation where we all very close together and there could be surprises."