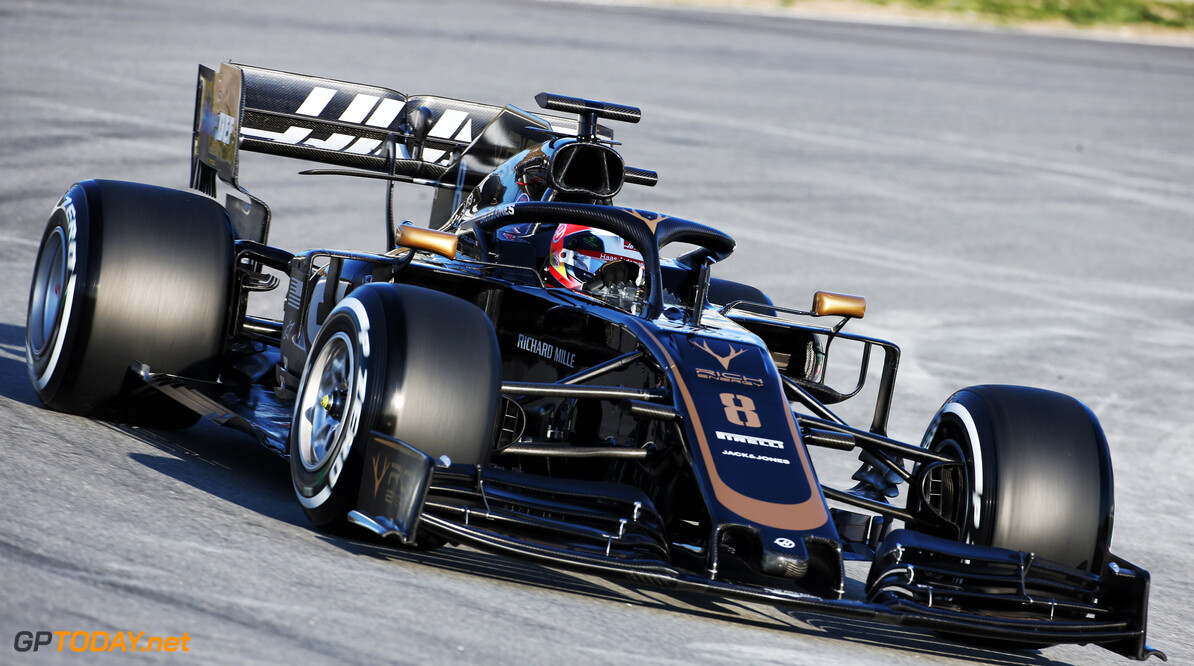 Fuel issues hampers Haas on the opening day of testing

The American squad set just 18 laps in the morning but recovered to 65 by the end of the day. Romain Grosjean was running for the team, and managed to set the third fastest lap, which was one second down on Sebastian Vettel's session-best time.

Speaking to media after the first session, Steiner was asked if he was satisfied with the day's running, to which he replied: "The afternoon yes, the morning no, we didn't do enough. The biggest issue today was that we didn't get enough laps done because we had an issue with the fuel pressure and the controller of the fuel pumps, so we lost some valuable time, but in the afternoon we were a little bit better.

"We got some running in so hopefully we can keep the trend going and get more running tomorrow, but all in all, not a bad day."

Kevin Magnussen will step into the VF-19 on Tuesday, and Steiner says the aim for the team is to get more running as it targets making improvements to the car.

"Kevin will be in the car, the expectation is to do more running and just to keep on learning how the car is doing. We can work on the setup, bring reliability to the car, all the normal things in testing just to get as much done as possible."