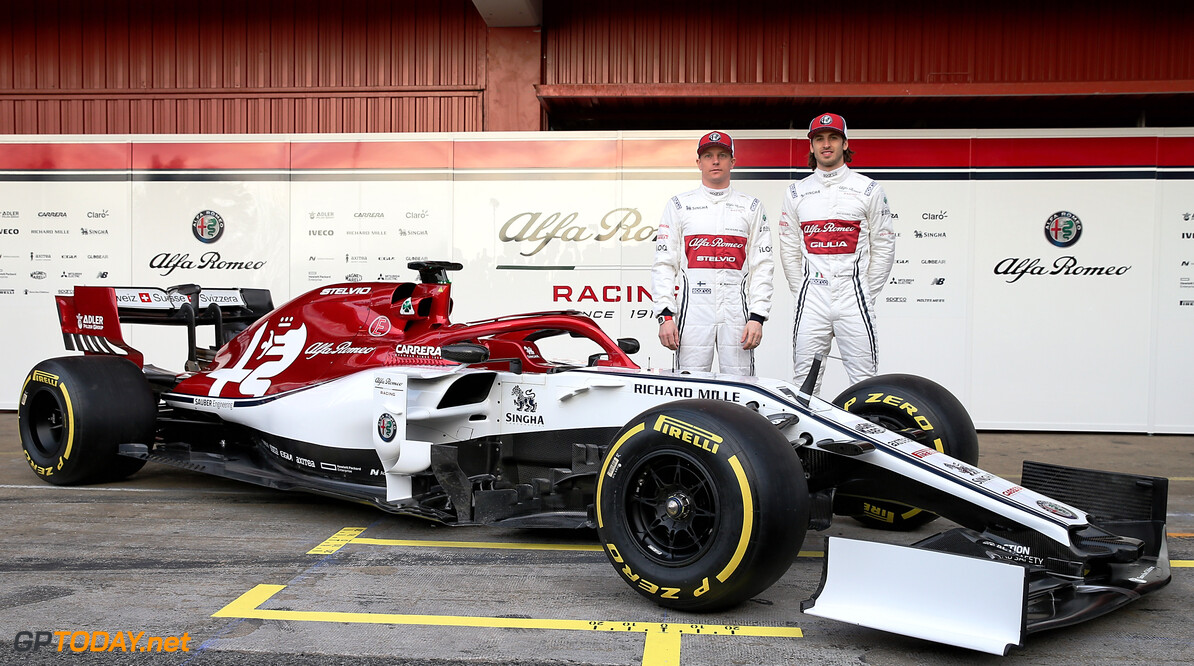 Alfa Romeo has launched its 2019 car in Barcelona, the first in its full-time return to F1.

The team confirmed earlier this month that it would become Alfa Romeo Racing, taking over the Sauber team for the 2019 season having acted as the Hinwil squad's title sponsor in 2018.

The car features the same red and white colours that it used in 2018, however this year it has incorporated much more red. There is also still some Sauber branding on the car, and it continues the line of chassis names, as it is called the C38.

This year it runs a line-up mixed with experience an youth, as Kimi Raikkonen signed with the team last September on a two-year deal. The Finn leaves Ferrari after spending his time in the turbo hybrid era with the Scuderia outfit.

Raikkonen will partner Italian Antonio Giovinazzi this year, who has two Grand Prix starts under his name. The 25-year-old stood in for an injured Pascal Wehrlein at Sauber at the opening two races of the 2017 season.