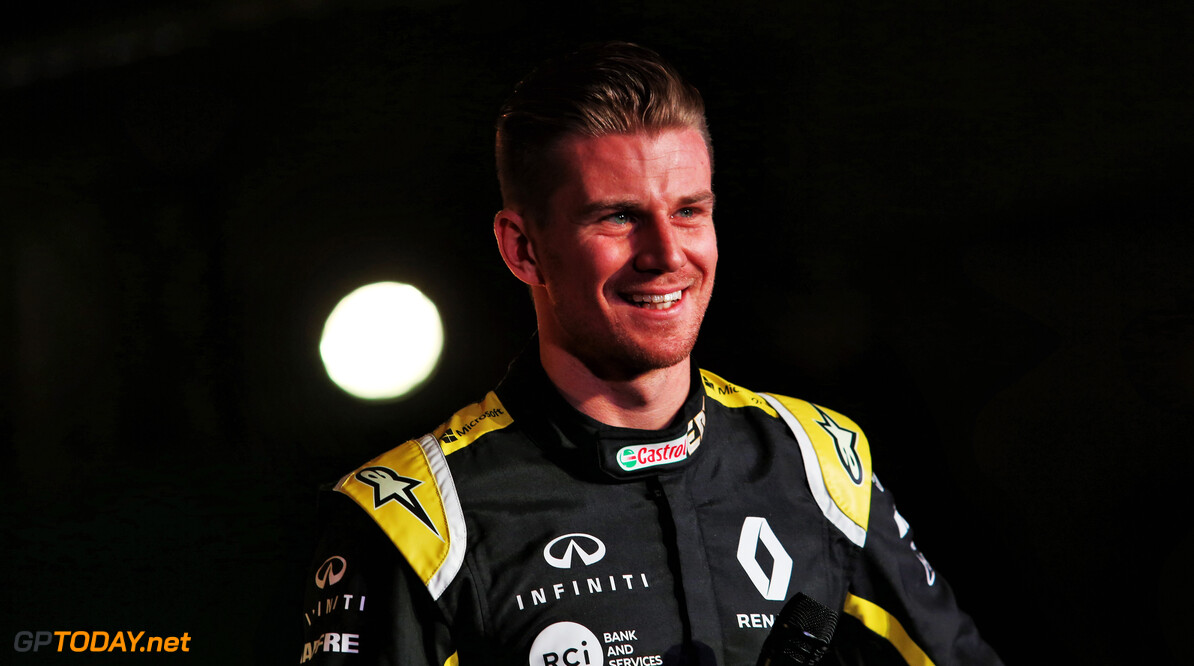 Hulkenberg: My future depends on comparison with Ricciardo

Nico Hulkenberg says that his future in Formula 1 will depend on how he measures up against his new team mate Daniel Ricciardo.

Hulkenberg holds the title of the most race starts without a podium and knows that he needs to perform well and to demonstrate his potential against a race winner.

Hulkenberg started his racing career showing excellent potential that his 7th place finish in the 2018 championship does not quite reflect. In 2009 he won the GP2 feeder series in his debut season and then in 2015 he also won the 2015 24 Hours of Le Mans at his first attempt.

Hulkenberg spoke at the launch of Renault's 2019 contender and revealed that he wants the team to make progress. He also stated about how he wasn't happy with what Renault was able to achieve: "Obviously, ultimately I would like a car that allows me to finally step on a podium. We're obviously working on it."

The 31-year-old German driver then added: "It's also important I think in a way that I now have a teammate that was a proven Grand Prix winner. It was sort of like that with Rubens but it was different- my rookie season and he was in 18th season, it wasn't quite a good or fair comparison I feel."

With reference to his new teammate Hulkenberg says: "This is much more real or good to compare, I think. So for me personally and very important here to see how i stand up next to that. That will determine also my sporting future in a way."

Hulkenberg then opened up to talk about the issues he faces with being one of the largest drivers on the grid. When he arrived at Renault for the 2017 season it has been a late signing so the car had not been designed with him in mind. He described the fit as a "compromise" and that the seating position was not ideal.

For the 2018 season Hulkenberg says that there were a lot of improvements but as the car was an evolution it still wasn't perfect even though everything had been designed around him.

This year however he says that it is the best yet: "For this year having worked more on it and having spent more time with the designers rearranging stuff- looms, electronic boxes- it is probably the best driver fit. I'm lower in the car too. When you're lower you have less air turbulence, life's a bit quieter down there, centre of gravity lower. Little things, but it's always about little things."