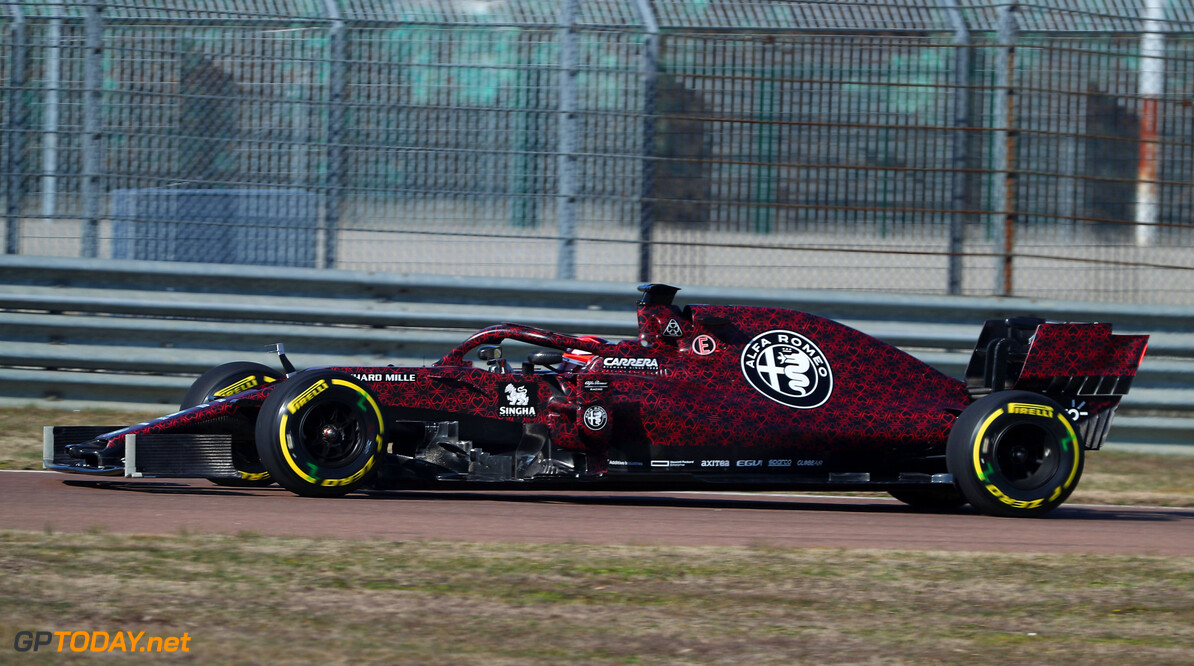 Alfa Romeo has not yet formally presented its new car, as it will do so next Monday morning before the first pre-season test. However, images emerged of the car earlier today circulating the track as it carried out one of its allocated filming days for the year.

Speaking after the designated 100km run, Vasseur said: “We ran the 2019 car for the first time and were able to assess the progress we have made in our development ahead of the first tests in Barcelona next week.

“The whole team is pushing to start the season with the best possible base. Our drivers and crew are motivated, and we look forward to heading into the championship and delivering a strong performance.”

Technical director Simone Resta added that the initial preliminary checks were successfully completed ahead of the two weeks of pre-season testing at the Circuit de Catalunya.

"After a long winter we are happy to be on track with our new car for the first time,” he said. “The focus of our work today was on aerodynamic, set-up and cooling checks.

"We ran for a total of 33 laps and will use our data to establish how the new regulations will affect the behaviour of our car. The next two weeks which we will spend in Barcelona will be busy and will concentrate on proving the car’s reliability and performance.”

According to Alfa Romeo, the final part that was required in order to go testing was collected by its driver Antonio Giovinazzi on Thursday morning at the airport.

A statement from the team read that the Italian "made his way to the airport to retrieve the final part needed for the team to assemble the car".