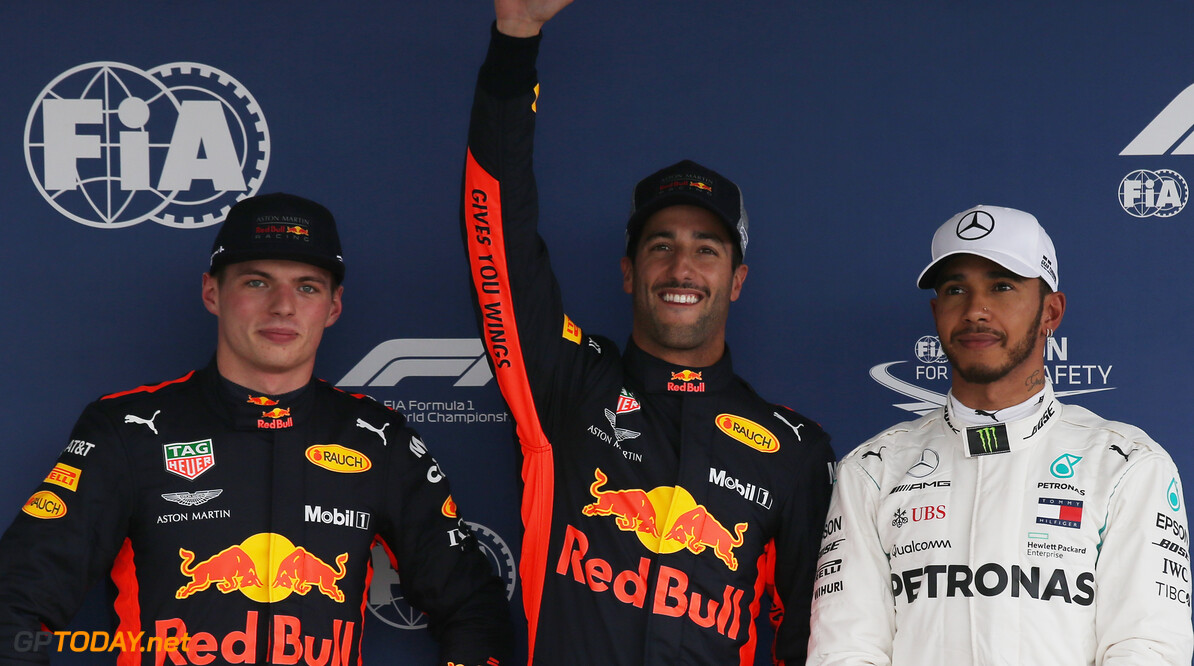 Prost: Ricciardo will take Renault to "another dimension"

Formula 1 legend Alain Prost has said that the arrival of Daniel Ricciardo at the Enstone-based Renault team will help take the French squad to "another dimension".

The four-time world champion is a special adviser to the team, and believes they will really benefit from the experience and knowledge that Ricciardo will bring.

The Australian has won seven races over the past five seasons with Red Bull, and they have all come under Renault power.

"We are very happy with the drivers we had in 2018, that's the first thing we must say," Prost told Motorsport.com. "We're very pleased with Carlos [Sainz].

"But for sure Daniel will give, not another motivation because we don't need that, but he's going to be quite a big help to make the team even better.

"He's going to give us some information, he's going to make the team in another dimension."

The Frenchman did concede that he believes Renault has some "missed opportunities" last season, but is convinced that they can make good progress in 2019, especially with the power unit.

"In fact if you look at all the teams you always have some ups and downs. We were maybe not where we wanted to be in the summer, for different reasons, but we came back.

"The engine side was a little bit better, on the chassis side there were a few things where maybe we missed some opportunities.

"But we wanted to be fourth, or the best after the top three, and we wanted to be closer to them. It's very difficult to manage that, because we took a decision to prepare for next season in the best way, not to develop too much, especially around the engine.

"So in fact we've done exactly what we wanted to do so far. Now the next step is next season to be closer to the top teams."

Prost conceded that it's not easy to make constant progress.

"You cannot be on an upwards line like this, there's always some steps. Maybe we were a little bit disappointed by some races, for sure, but the good thing is that the team was able to get back to it. That's the answer I would say.

"It's really difficult to make one more step to where they are. One thing that is difficult to accept sometimes is that especially Ferrari and Mercedes made a big improvement with the engine. So we had to move, and we're really moving for next year."