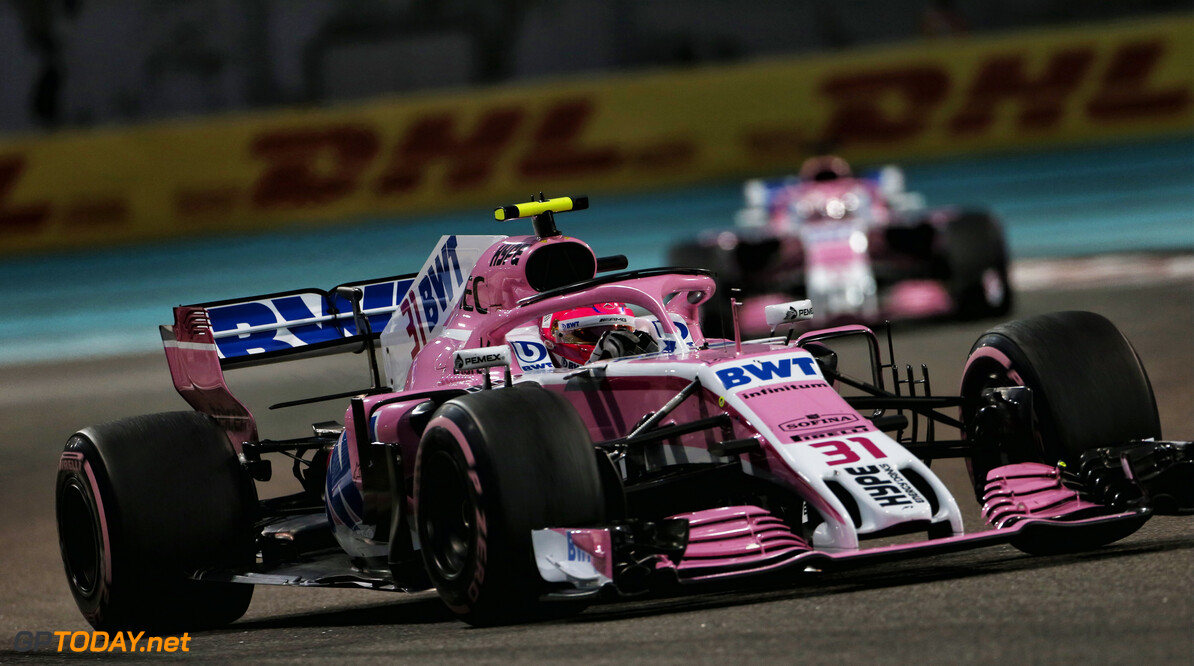 Ocon disappointed with 'frustrating' end to the season

Esteban Ocon says =hat exiting the Abu Dhabi Grand Prix due to an oil leak was a frustrating way to end the season. The Frenchman failed to see the chequered flag, pulling his stricken Force India into the pitlane on lap 44.

Ocon will not be racing in F1 next year, as it is expected that his seat at Force India will go to Lance Stroll. Ocon will work with Mercedes in 2019, holding the role of its reserve driver while also driving the simulator to improve its development across the season.

And in what was his last Grand Prix for the foreseeable future, Ocon was frustrated to exit the way he did: "It’s a very frustrating way to end the season,” said Ocon. “Everything was going well, we had some fantastic battles and overtakes, and the pace we had was really good.

“We weren’t on the best strategy because we had to start on the hyper-soft tyres, but we had managed to recover well and we were looking good for a finish in the points.

“We did everything right as a team but sadly the car had an oil leak which forced us to retire. That’s how racing is: days like these are disappointing, but they make you stronger.”

But the 22-year-old offered his graduate for the time so far in Formula 1: “I am grateful for all the support I have received from the fans, people inside the sport and of course inside the team this season,” he said.