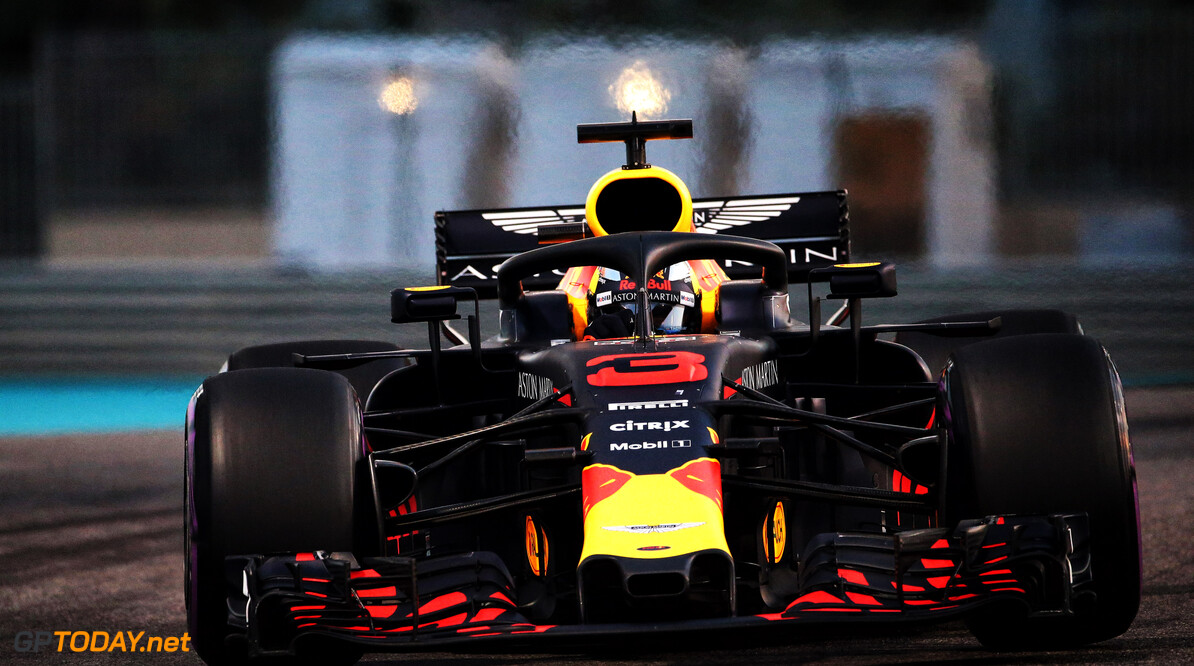 Daniel Ricciardo has firmly set his sights on achieving a podium finish in his final race for Red Bull on Sunday. The Abu Dhabi Grand Prix will bring an end to the Australian's five-year stint at the energy drink squad, a programme he has been part of since 2008.

In the time with Red Bull, Ricciardo has bagged 29 podiums, including seven victories. Next year, he will join Renault in a search for a new challenge with the aim of eventually winning races and championships with the resurging Enstone outfit.

On Saturday at the Yas Marina Circuit, Ricciardo qualified in fifth place, managing to get the better of teammate Max Verstappen. Ahead of him, the two Ferraris of Sebastian Vettel and Kimi Raikkonen will line up on the second row, and he is aiming to get past them by the end of the race.

"I put myself in their [Ferrari’s] race now, so just got to try and get at least one,” Ricciardo said. “I’ll be looking at both Ferraris on the start, try and climb my way to a podium. Race pace is good, even if we hang there we can try and undercut or something, so we’ll give it a go.”

Ricciardo will start the race on the ultra soft compound but Verstappen set his fastest Q2 time on the hyper soft, meaning that he will theoretically have more grip off the line. And with Red Bull's tyre management exceptional at the last number of races, Ricciardo thinks Verstappen could be better placed for the race.

"The hyper soft, I’m sure the first lap there will be a grip advantage but hopefully it is not too much,” he commented. “Hyper softs would have given us more of an advantage but the ultra softs is a bit more consistent, and unless we see degradation from that tyre it is probably going to be - not a predictable race - but less to do.

“For sure the first couple laps we can’t get too clever,” he added. “We just have to do our race. My objective is to try and attack the guys ahead. If it works out that he [Verstappen] is a second quicker and I’m losing pace then maybe they do something. But hopefully I’m just fast and that’s that.”

When asked if he would apply more risk to achieve his first podium finish since his victory in Monaco earlier this year, he replied: “I’m always prepared, so I’m not going to say I’ll take more risks than I normally do.

“I have nothing to lose. But I have not had anything to lose all year, so for once we will try get a strong start, and just attack, put pressure on, and be relentless. Sometimes cooling down is good for the tyres. But I’m just going to try and put pressure the whole race and hope for a mistake if I’m behind one of those guys.”