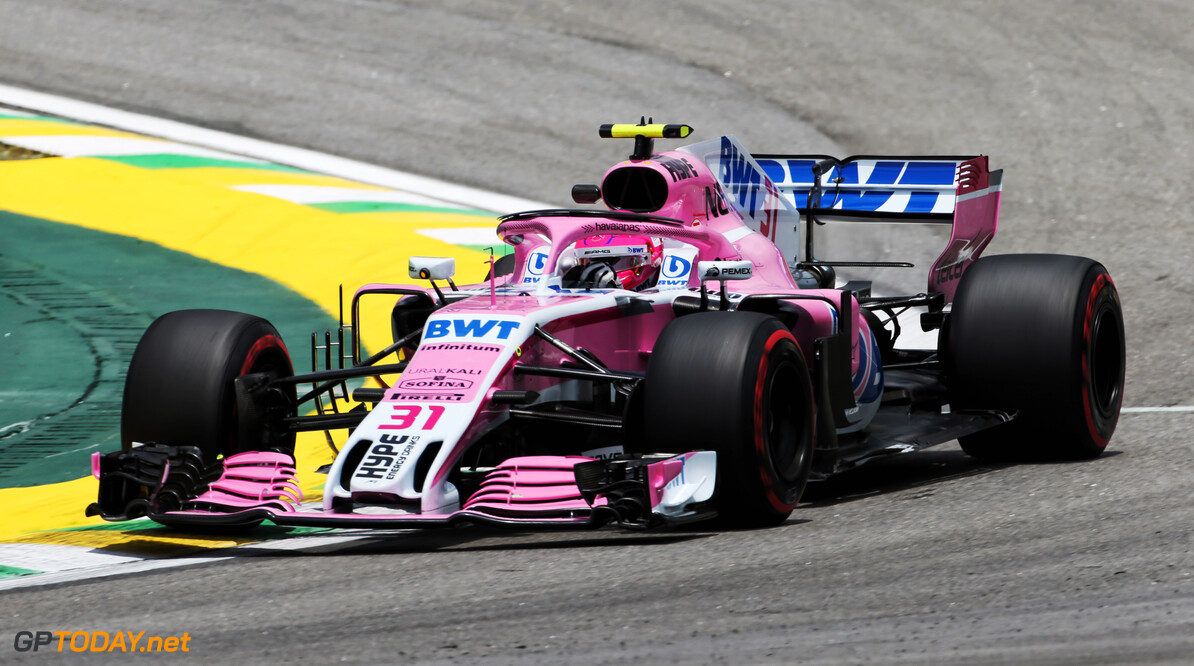 Ocon set for 5-place grid penalty due to new gearbox

Esteban Ocon is set to be the second driver to be handed a five-place grid penalty for the Brazilian Grand Prix, as the FIA has confirmed that the French driver's car has fitted a new gearbox for the weekend.

Jo Bauer from the FIA noted that a scattering of drivers had changed their gearbox for the weekend, however Ocon was the only driver in breach of the regulations. Drivers have to run a gearbox for at least six races before it can be changed for the next event.

The gearbox that will be switched out did not last six races, nor did Ocon finish the Mexican Grand Prix last time out meaning that Force India is permitted to fit a fresh gearbox to his car penalty-free.

Ocon joins Ricciardo on the list of drivers with penalties, as it was confirmed on Friday that the Red Bull driver's car had been fitted with a new turbocharger due to damage sustained to it in Mexico City two weeks ago.

“I am pleased with today," Ocon said on reflection of his day. "Both sessions were straightforward for me – no issues on my side of the garage and we did a lot of laps. It’s not an easy circuit to get everything right and there is still some work to do before qualifying."

Ocon says that his target is to reach the final stage of qualifying on Saturday: "It’s those small details we need to work on to make me feel more comfortable. The target is definitely to reach Q3 tomorrow. In terms of the weather, I don’t mind if it’s wet or dry.”