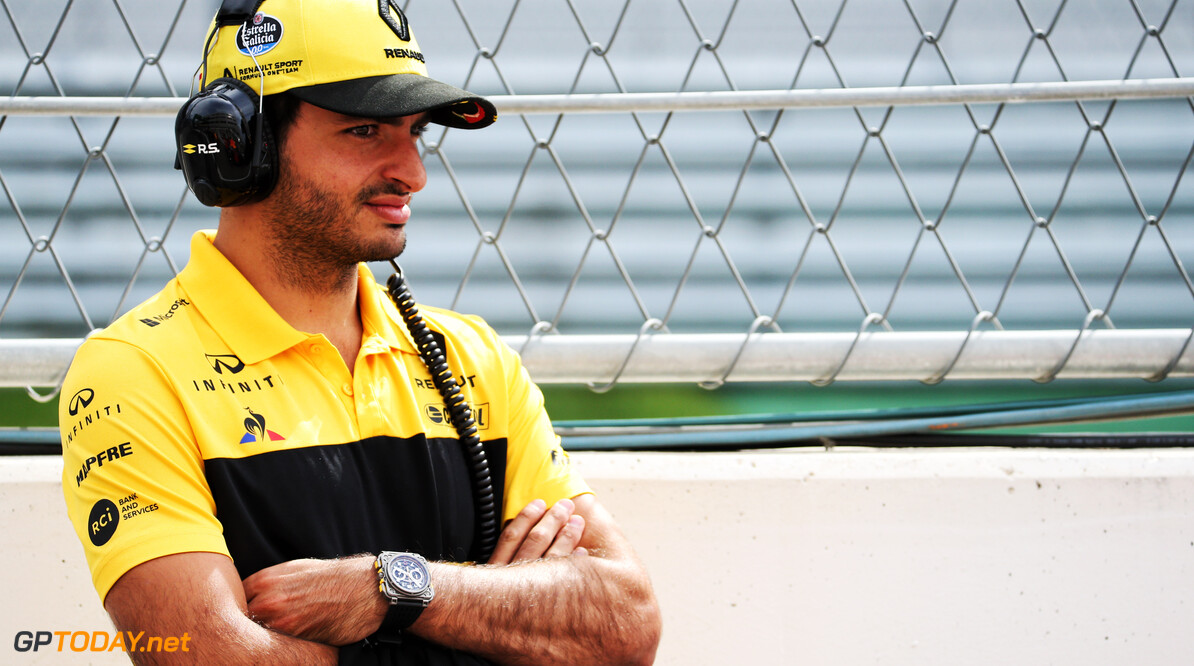 Carlos Sainz has confirmed that he has spoken to Lewis Hamilton about his upcoming move to McLaren. Sainz will leave Renault at the end of the year to take a seat at the Woking outfit, replacing Fernando Alonso who he has idolised since he was a child.

Sainz will be partnered by Lando Norris who joins the grid as a rookie. Hamilton raced for McLaren before he joined Mercedes, spending six years as a full-time driver and winning one championship in 2007. And Sainz admits that he and Hamilton have a good relationship and frequently converse.

“I speak with Lewis, actually more than I thought, and more than first expected,” Sainz stated. “I have always had a good relationship with him. I sit with him in briefings quite a lot and we chat a bit about many things.

“He asked me about McLaren the other day, so you can see that he is also interested even if he doesn’t look like (it) he also knows what is going on in the paddock. We were talking a bit about Woking and how spectacular it is and all that. And he also believes McLaren cannot get any worse than it is now.”

McLaren is currently struggling as its 2018 car is aerodynamically flawed. Nearly all the focus is now on the development of the 2019 car, meaning the team is backmarkers at most events. But Sainz says Hamilton has given him confidence as its still an ideal team to be at.

“He also agrees that with all the seats taken at the top like Ferrari, Mercedes, Red Bull, that McLaren is probably a very good place to go to. So in that sense he gave me confidence. He really likes McLaren. He has a lot of respect for the people there, and he gave me a good feeling about it.”