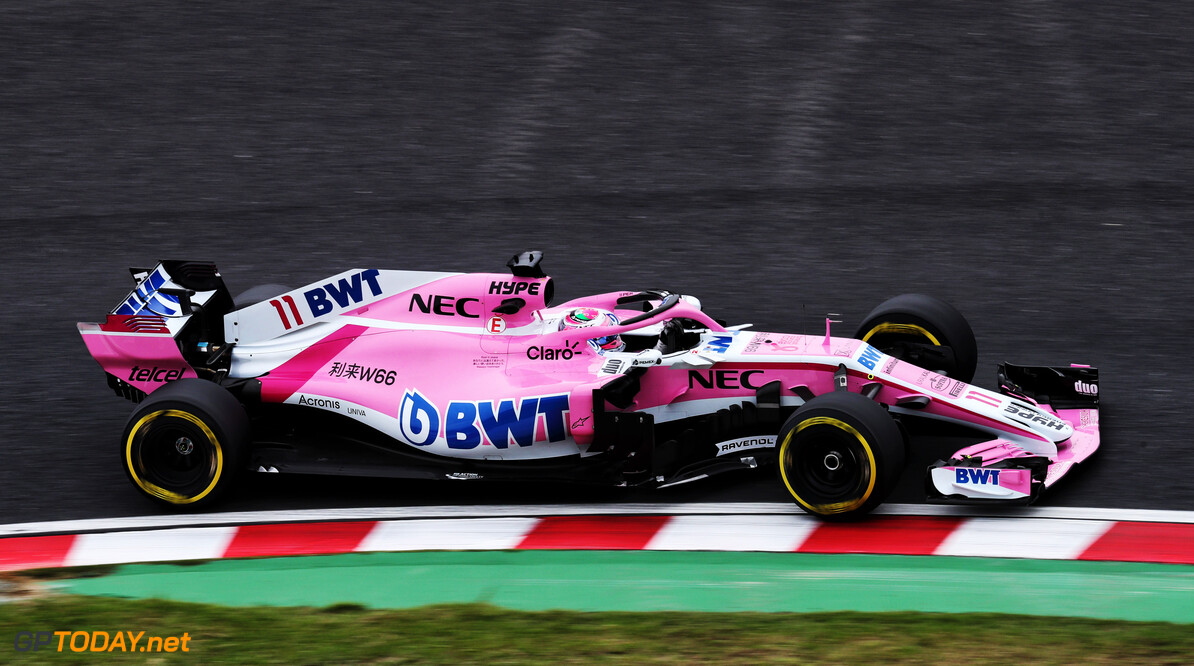 Sergio Perez has praised his Force India team following a strong race result in Japan that takes them closer to McLaren in the constructor's standings. Perez suffered on Saturday after qualified in tenth place during a hectic session with changeable conditions.

However, he started in ninth after teammate Esteban Ocon received a grid penalty for a red flag infringement. During the race, his strategy allowed him to jump both Toro Rosso's by stopping a number of laps before the Red Bull junior squad.

He was then able to overtake Romain Grosjean by getting around a loophole in the delta timing under the virtual safety car. After the green flag was shown, Perez had gained on Grosjean, and was able to pass to the outrage of the Frenchman who accused Perez of cheating.

"Today we had a good result - the best I could realistically hope to achieve," said Perez. "After yesterday’s poor qualifying we made up a lot of positions and I feel we really got the maximum from the race.

"Our pace was strong and the team delivered a great strategy. We knew we had to be aggressive to beat the Haas and we nearly managed to undercut Grosjean at the pit-stop, but I lost a bit of time battling with Leclerc and I just fell short.

"At the VSC restart I managed to get really close to Grosjean and when I saw an opportunity I went for it. I am so excited about our performance today. We had to push hard and make some good overtakes: it was a fantastic race," he added.