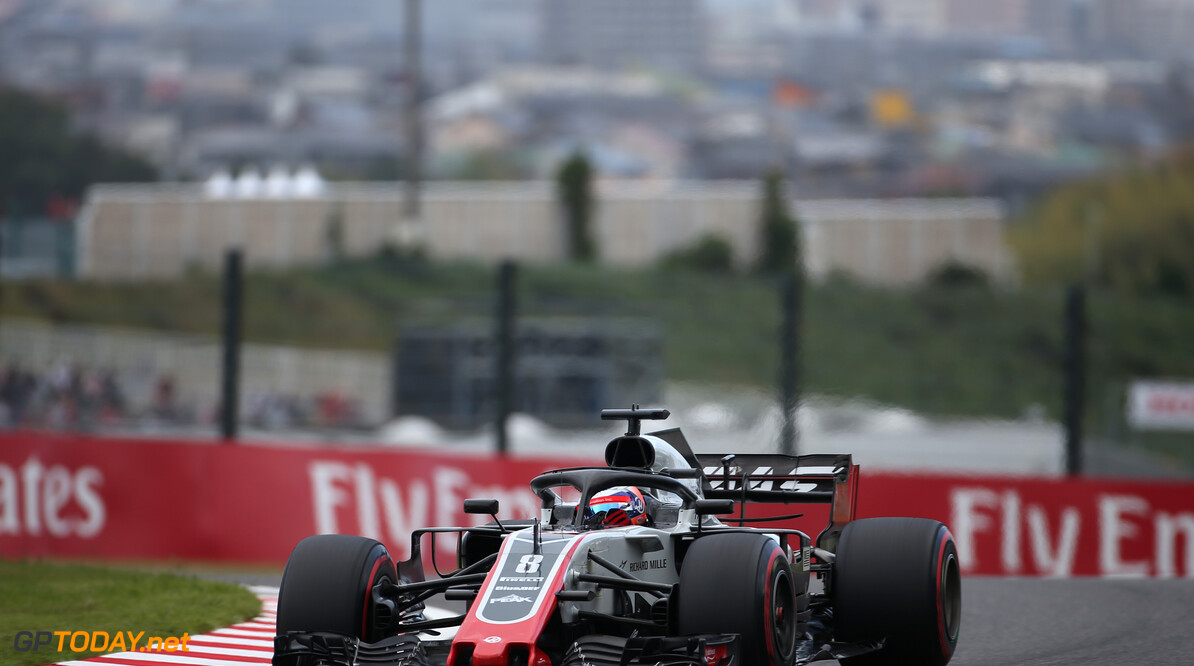 Romain Grosjean says that he thrived during the final qualifying session in Japan where the weather was unpredictable. Rain fell at the end of Q2, but stopped before the action got underway for Q3.

However, the teams knew that the threat of rain still lingered and could return at any moment, making for a frantic start to the session. The rain did come midway through, meaning there was just time for one lap to be set before the track was impacted by the spits of rain.

Grosjean managed to grab the 'best of the rest' position, and will line up on the third row alongside Max Verstappen. The Frenchman says that the intensity of the final session made for a very exciting lap which will see him line up in sixth place on Sunday.

"It’s a great day," the Haas driver said. "I’m very happy with the changes we made from FP3 to qualifying to get the feel back in the car. With the way it behaved in qualifying, we had the courage to put the softs on in Q2 and try to go through on that, which we did.

"Then Q3 with one lap, I love it. You know the rain is coming and you’ve got to put everything together. That’s the feeling that I prefer. I had a great lap. I was only two tenths from Kimi," he said, who will start from fourth place on the second row.

Haas is currently chasing down Renault for fourth in the constructor's standings and sit 11 points behind in fifth with five races to go. Grosjean's starting position over the two Renaults, who line up in P13 and P16, offers Haas a great chance to close in.

"We’re in a great spot to start the race. Starting on the soft will be a big advantage compared to the supersoft, especially with the high temperature tomorrow. We’ll do our best on our side. We’ll see at the end where we are,” Grosjean added.