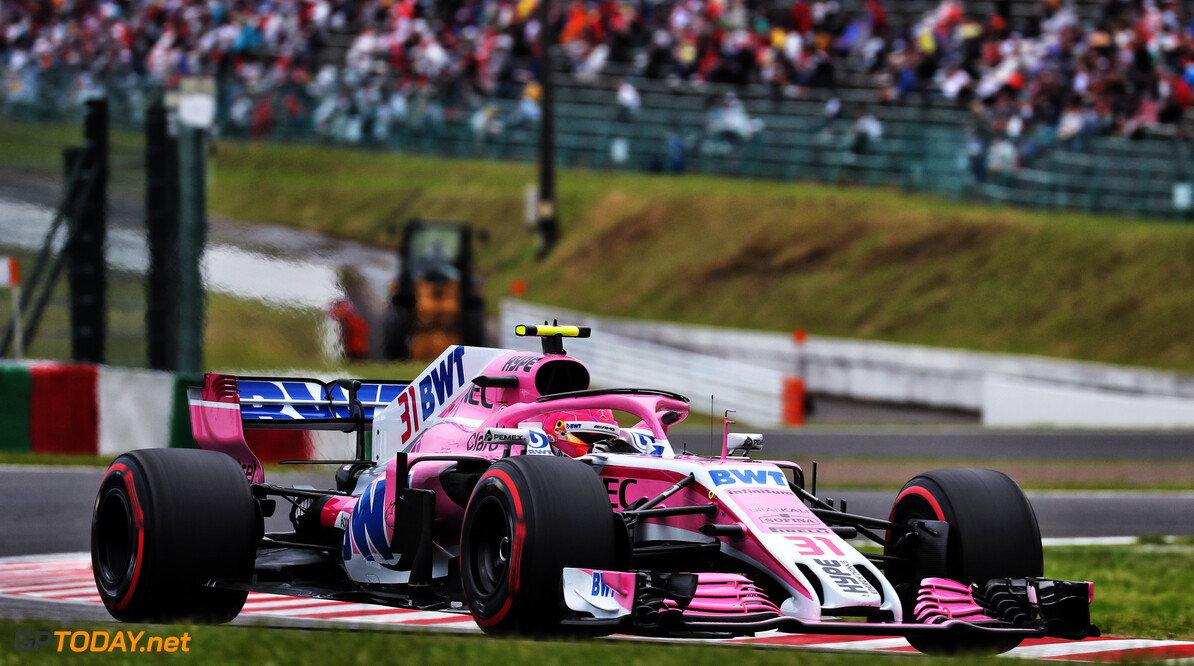 Esteban Ocon has received a three-place grid penalty for the Japanese Grand Prix. The Frenchman was called to the stewards following qualifying on Saturday in relation to an incident that occurred during the final free practice session.

Following Nico Hulkenberg's late session crash, red flags were deployed while the stricken Renault was recovered by the marshalls. Drivers are required to sufficiently slow down and return to the pitlane when the red flags are shown on the grounds of safety.

However, the stewards found that Ocon failed to do so, and have therefore punished him with a three-place grid drop. The penalty means he will start the race from eleventh on the grid, which promotes Sebastian Vettel and Sergio Perez up to eighth and ninth respectively.

The steward's statement revealed that Ocon did originally reduce his speed but then after hearing some beeps in his ear over the team radio, which suggested that he was going too slow, he increased his pace.

"The driver informed the stewards, and the telemetry showed, that he had slowed down for the red flags,” the statement read. "However, after Turn 4, he heard some beeps on his radio that suggested that he was too slow and sped up briefly to regularize his speed. In doing so, he briefly exceeded the delta by a maximum of -1.68 over three mini sectors. As a result, he had failed to maintain the speed delta required under the regulations resulting in an infringement.

“He acknowledged the infringement and attributed it to the confusion caused by the beeps and the system currently being used by the team in such situations. In the end, given the importance of observance of the speed restrictions while red flags are being shown and recognising the limited extent of the breach, we decided to impose the above penalty.”

Ocon was also issued two penalty points on his license which is the first over a twelve-month period. Any driver that accumulates twelve points over the course of a calendar year will receive a race ban for the next Grand Prix.