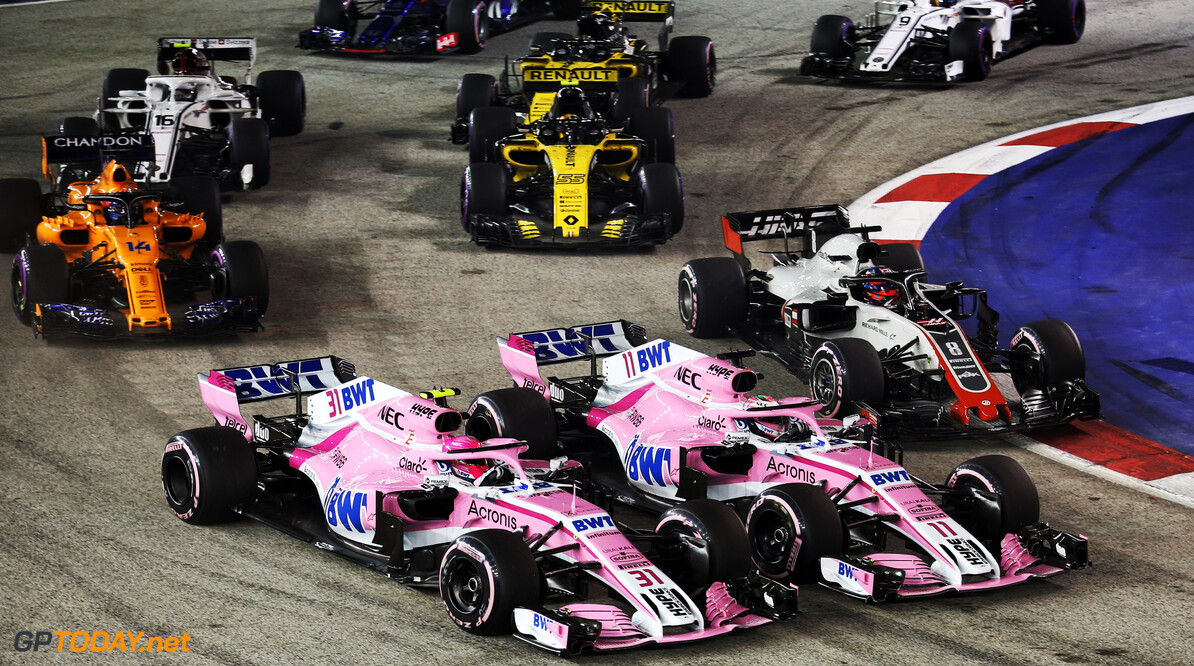 Force India confirm it will use team orders going forward

Force India has confirmed that its drivers Sergio Perez and Esteban Ocon will not be allowed to race each other during the coming races. The pair collided on the opening lap of the Singapore Grand Prix on Sunday, which resulted in Ocon ending his race early in the wall.

The Silverstone squad enforced team orders last year after a series of on-track incidents between the two drivers. The rules were relaxed towards the end of the year, but now team principal Otmar Szafnaer has stated the team will bring back the orders.

“It’s unacceptable for teammates to hit each other and it has cost us dearly,” he said. “They didn’t leave each other enough room and the contact put Esteban into the wall. We will reinstate the rules of engagement we operated last year after similar incidents, which means they cannot race each other."

Force India was taken under new management during the summer break and scored double points finishes at Spa and Monza. However, it walked away from Singapore without adding to its tally, which Szafnauer says is frustrating following the positive pace it displayed during qualifying.

“This disastrous race is all the more frustrating when you consider the speed we showed in qualifying and the opportunity that has passed us by,” he said. “These painful lows are part of racing and it’s fair to say that there are very few positives to take from tonight apart from the car pace. We will have some discussions behind closed doors and will learn from what happened so that we can become stronger as a team.”