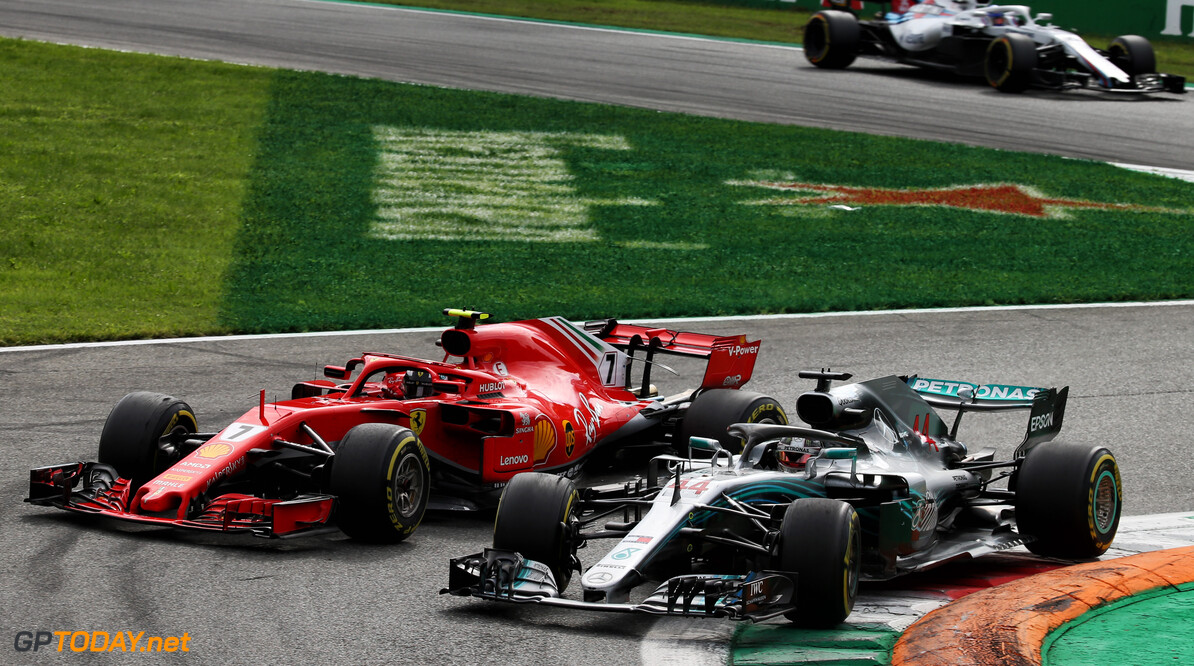 Kimi Raikkonen has admitted that the strategy used by Mercedes in Monza hurt his tyres. The Finn managed to beat both Hamilton and teammate Vettel to pole on Saturday, but in a thrilling race, he was unable to hold off Hamilton for the win.

The 2007 world champion managed to keep Hamilton behind until after the pit stops, where he successfully defended against the 'over-cut'. However, Mercedes opted to leave Valtteri Bottas out on track in order to hold up Raikkonen and allow Hamilton to close in.

Hamilton did indeed close the gap to Raikkonen while he struggled to try and get past compatriot Bottas. With just under 10 laps to go Hamilton went around the outside of Raikkonen at the first chicane to take the lead before going on to win the race.

"That's what happens sometimes," Raikkonen said. "It's a very normal game that is being played by all the top three teams. Sometimes it works and sometimes not. It's one of those things. For sure we wanted a better result, but this is what we got. We did out best and it wasn't good enough.

“I tried but it was impossible in the end, unfortunately. Far from ideal but this is what we’ve got today. It is hard to take but we tried and we had great support from a lot of people. At least we take second place and we’ll keep fighting. Thank you and sorry for not winning. Next time.”