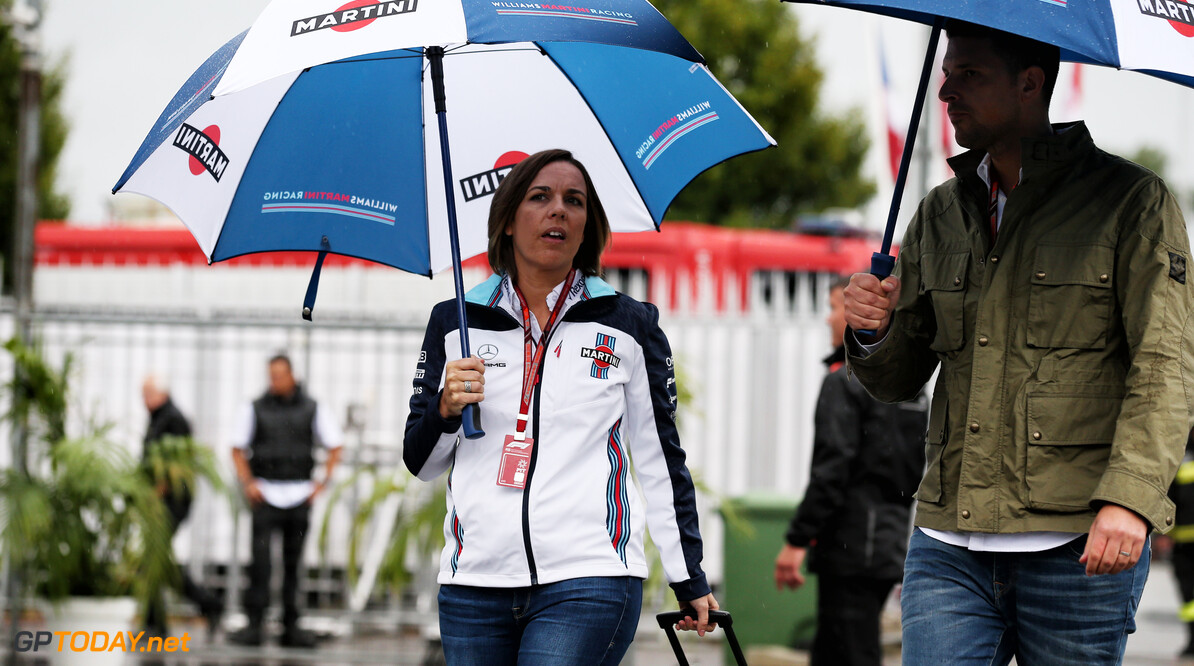 Williams deputy principal Claire Williams says that she is not expecting any changes to the driver line-ups until after the Russian Grand Prix. Williams' current driver Lance Stroll is expected to leave the team and join Force India, as his father now owns the Silverstone squad.

Robert Kubica is then set to make his first race appearance since the 2010 Abu Dhabi Grand Prix, while Esteban Ocon, who will be ousted at Force India should the Stroll deal go ahead, could head to McLaren in place of Stoffel Vandoorne.

It was originally believed that this would develop before this weekend's Italian Grand Prix. However, further delays are expected as Force India isn't keen on allowing Stroll to debut at Singapore in two weeks' time, where it will bring a major car upgrade.

"I don't think it's going to happen quickly," Williams told Sky F1. "There are quite a lot of hoops that we've all still got to jump through around the [Force India] sale in particular. Once that's happened I think then things will start moving. I don't think we'll see a change before Singapore certainly."

After collecting its best haul of the season at Belgium, Force India is keen on racing with its current line-up of Sergio Perez and Ocon at Singapore. It's racing to climb back up the constructor's standings after it was confirmed as a brand new entry and stripped of its points.

"I don't think so," said team boss Otmar Szafnauer when asked if he expected any changes to the line-up before Singapore. "We've got to look to see what we're going to do next year, we've got a lot of points yet to score this year.

"I think we're ninth now and we've got our sights set to be a little bit higher so we've got to focus on that. We'll worry about drivers at a later date. It was our biggest points haul of the year, 18 points in Spa, and we need to get some good points here as well.

"Hopefully this track suits us too, and then we've got a big upgrade coming in Singapore. We've got to focus on what we do best, which is going racing," he added.