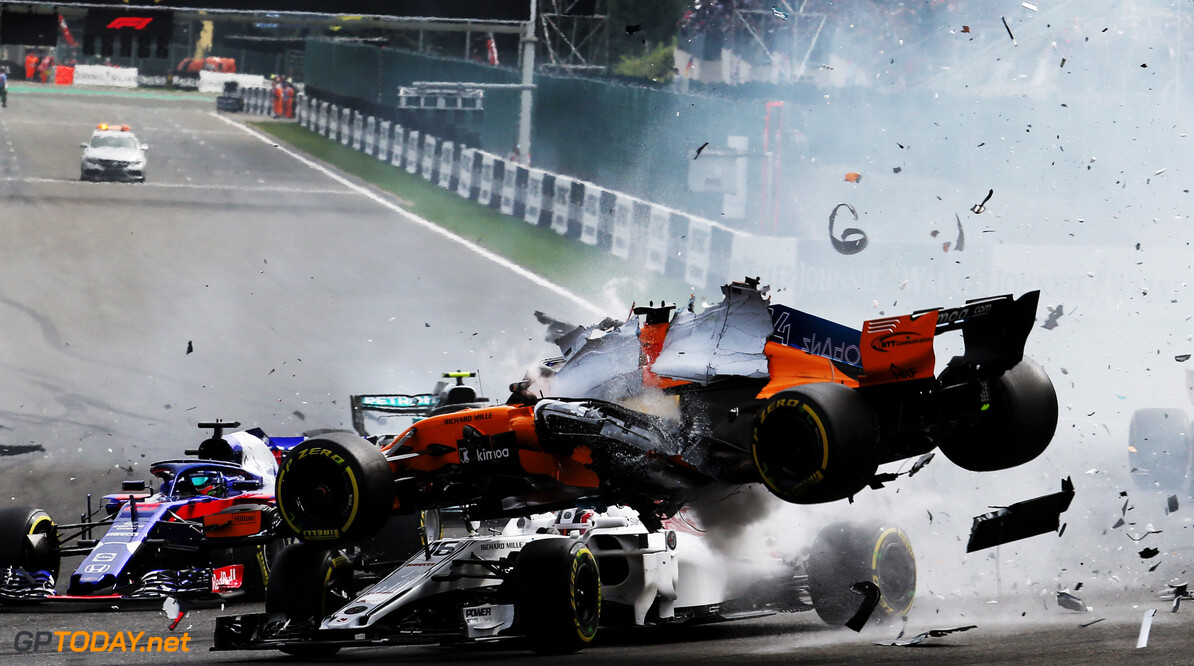 Alonso to use a new chassis after Spa crash

McLaren has announced that Fernando Alonso will use a new chassis this weekend in Monza, due to the damage caused by his first lap shunt in Spa. Alonso was hit by Nico Hulkenberg at the start of the race, which threw him over the top of Charles Leclerc's Sauber.

Due to the scale of the crash, Alonso has described his previous car as "gone", with a lot of new parts being used this weekend. This has apparently caused problems at McLaren, as the team are running low on spare parts (of the latest specification). However, the team believe that the power unit did survive the crash, but will have to test whether it has for certain in first practice.

"I think it’s the chassis that I used in winter testing or the first races. So it’s something that we already raced with, but it’s a new chassis. We have enough, luckily, but probably we will run out of spare parts, we have just what we have on the car.

"The rest will be probably different specification. It’s quite tough because the damage on the car was quite extreme, especially on my car, then you have only four cars to build a completely new car for Monza. It’s the way it is.”

No drivers were injured in the spectacular crash at Spa, but Alonso revealed that he suffered from back pain a couple of days after the incident. However, he is at Monza pain-free and ready to compete.

"Honestly, the only painful day was Tuesday. I think on Sunday I was fine, on Monday I was more or less OK but on Tuesday when I woke up I had my back... I felt a little bit sore and a little bit of a pain there. But yesterday was fine and today is fine, so it was all OK after that."