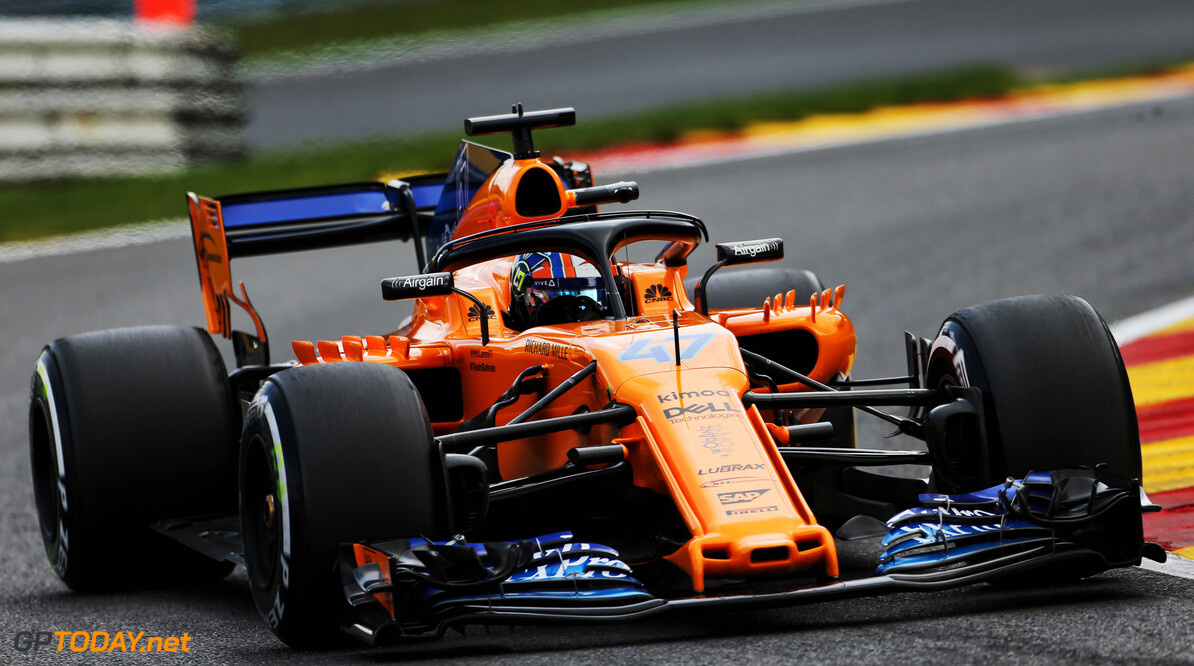 Lando Norris is expecting his free practice outing at Monza to be a bit trickier than his run in Spa. The Formula 2 driver made his free practice debut last Friday, driving Fernando Alonso's McLaren in the opening session of the weekend.

The Briton's fastest lap time was a 1:47.364 which placed him in P18, ahead of the other McLaren of Stoffel Vandoorne. Norris has been heavily linked with a McLaren race seat for 2019, while Toro Rosso has also had interest in the 2017 European F3 champion.

After getting his first taste of a Grand Prix weekend, he will return to the cockpit again on Friday: “I think it’s going to be very different to here [Spa],” Norris said. “Here’s there’s not that many big braking zones, I guess you’ve got Turn 18, Turn 1.

"Apart from that, it’s generally quite long, flowing corners, which you have a bit in Monza but even Monza you have lower downforce than here. So it’s going to be a bit more tricky, but at the same time it’s going to be another good opportunity for me to get comfortable with the car, learn about different things, with a different package, just kind of learn."

“It’s too difficult on my side to say for next year. It’s not like it’s a yes or a no yet. It’s just trying to do the best job I can in these opportunities that I get to show what I can do, be consistent, have good feedback, be fast, at the same time not make mistakes. It’s an opportunity at max.”