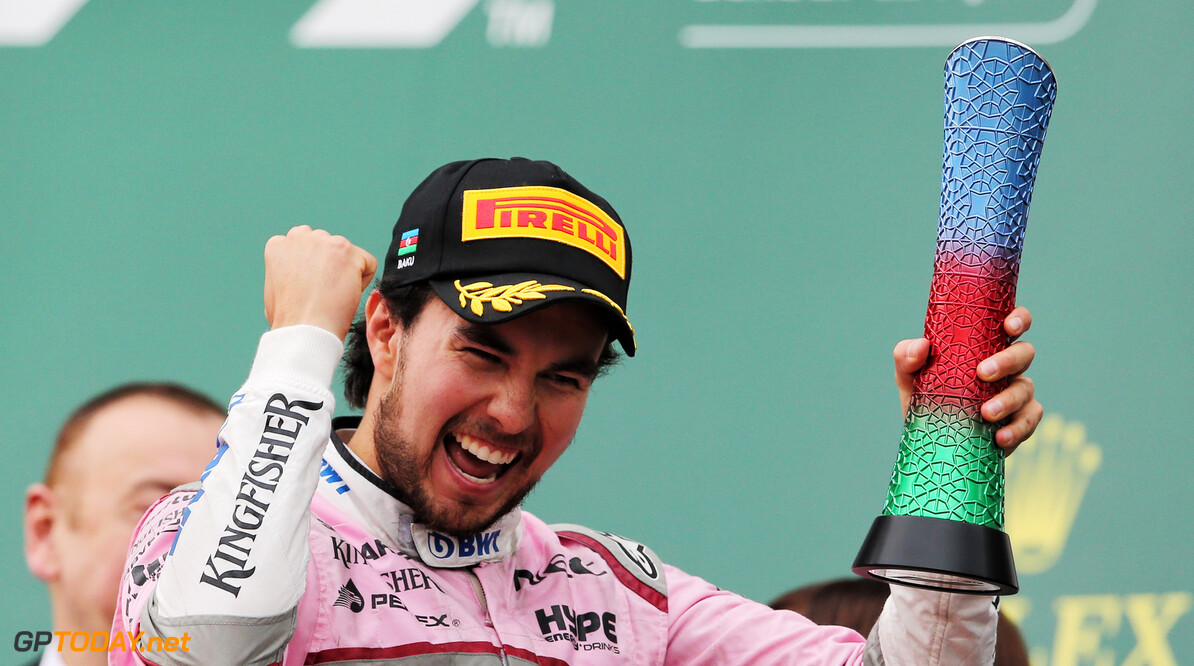 Force India has offered its praise to Sergio Perez, who claimed his eighth career podium in Formula 1 on Sunday. The Mexican passed Sebastian Vettel and Valtteri Bottas in a matter of metres towards the end of the race, with Vettel struggling with a flat spot and Bottas driving with a puncture.

It marked the first time Perez made an appearance inside the top ten since the season kicked off over a month ago in Australia. Despite previously being a part of Ferrari's driver academy and spending the 2013 season as a McLaren driver, Force India says it can't believe the 28-year-old is being overlooked by top teams.

"I feel for Sergio in many ways because I think he is possibly the most underrated F1 driver out there," said Force India's deputy team principal Bob Fernley to Sky F1. "As a racer he's amazing and, not that we would ever want to lose him, but I think it's criminal that he's been overlooked."

Perez has long been linked as Kimi Raikkonen's eventual replacement at Ferrari, and Perez thinks that his time with a top team will come if he continues to impress. The former Sauber racer believes he still has much more to offer in the sport.

"I still feel that there is so much more I can do in the sport," he said. "I also feel that my time will come because I work really hard, I really put my effort in to have an opportunity and I feel I deserve to have a car to show my full potential. There hasn't been an opportunity or vacancy in the top teams. If you want to do something in Formula 1 you really have to be in one of those teams."