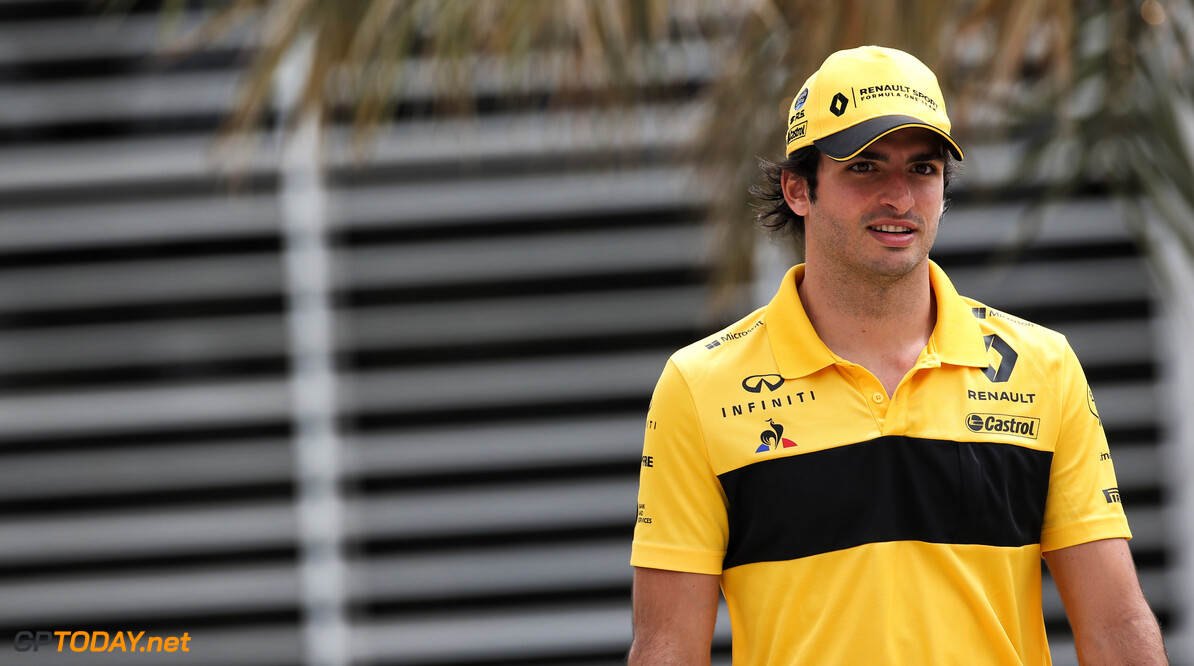 Renault "need to be prepared" for Sainz departure

Renault admits that it needs to have a plan should Carlos Sainz leave the team at the end of the season. The future of the Spaniard is uncertain, as a lot depends on whether or not there will be a seat available at Red Bull for the 2019 season.

Sainz left Red Bull's junior team Toro Rosso towards the end of the 2017 season, joining Renault on loan. There are question marks over Red Bull driver Daniel Ricciardo's next move, as he is out of contract with the energy drink team at the end of the season.

Red Bull have provided Ricciardo with a deadline to sign a contract, with team principal Christian Horner admitting that Sainz would be the leading candidate to replace the Australian. And should that scenario unfold, Renault knows it needs to be ready.

"We need to make plans, we need to be prepared for the worst as always," Renault boss Cyril Abiteboul said to Reuters. "So the worst for us would be that we would want to stay with Carlos and that's not possible. And it can happen, let's be honest. So we need to plan accordingly."

Renault has already started working on its car for next year, and has briefed Sainz on the initial plans: "We have actually started to work on next year's car and we had a meeting this week with him to talk about the plan for next year, the objectives and also... the early concept of the 2019 car.

"It's a clear sign we are not thinking that, in the back of our mind, he may not be with us," he added. "It may happen, but we don't want to compromise short-term or middle-term performance by starting to mitigate the way we are working with him."