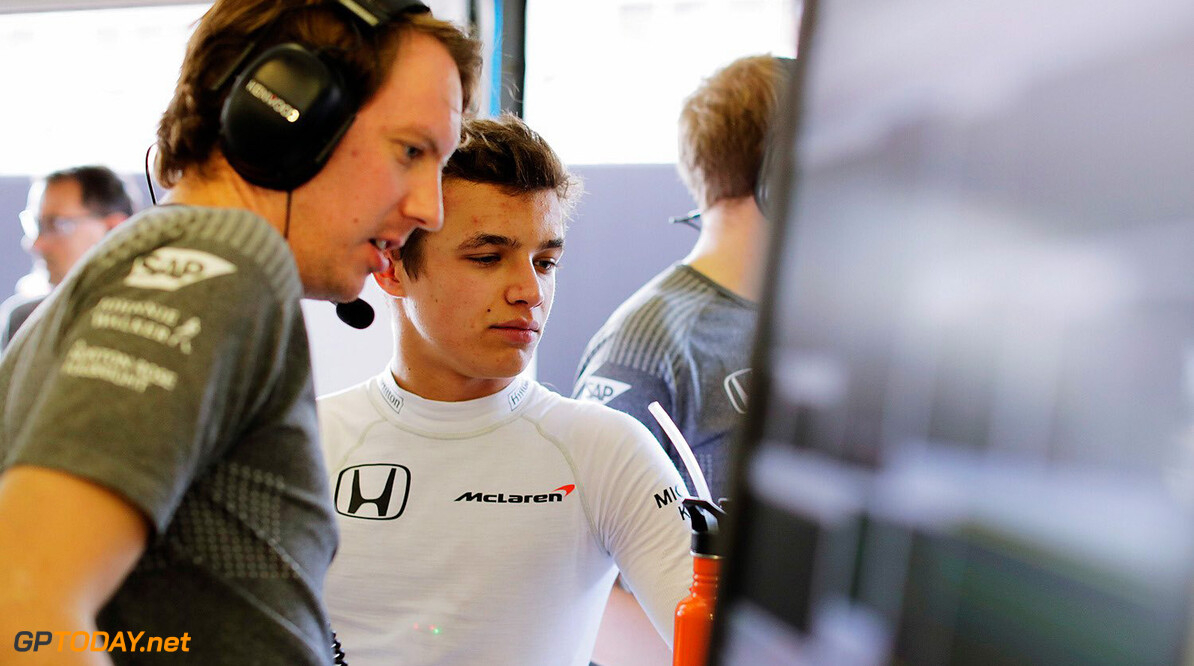 Norris ready to step in if McLaren require him

McLaren reserve driver Lando Norris has stated that he feels ready to step in for the team should Fernando Alonso or Stoffel Vandoorne be unavailable to race at any point next season. Last month, the Woking based team confirmed that Norris had been promoted to the third driver role.

The Briton came out on top at this year's FIA Formula 3 European Championship, while also taking part in tests with McLaren at Hungary and Abu Dhabi. Next year, the 18-year-old will compete in Formula 2 for Carlin.

Fernando Alonso has missed one race every season after he's returned to McLaren (Australia '15, Bahrain '16, Monaco '17), and should he or Vandoorne be absent for a Grand Prix next season, Norris claims he is ready to jump into the hot seat.

"I really enjoyed the Hungary test, it was the first time I’ve got to drive a Formula 1 car," Norris said. "It was a big step up from Formula 3, of course, so it took me a bit of time to get used to. But the adrenaline and the rush you get from driving in Formula 1 is huge. I enjoyed it a lot.

"Of course it’s difficult to say after just doing two test days in Formula 1, but they both went very well. I did what I had to, and gave me some more confidence to know that if I did have to go into a race next season, it might not be quite as good as Fernando, but I would say I’m not too far off."

Speaking about the upcoming F2 season, he said: "I don’t think there’s going to be huge changes. I think for one we have a Halo. I think the tyres affect the car the most are the same. From my experience of Abu Dhabi, it was pretty tricky to nail the tyres basically. You’ve got to get on top of them and maximise them within such a short amount of time of practice. It was difficult, but I really learned a lot for next season."