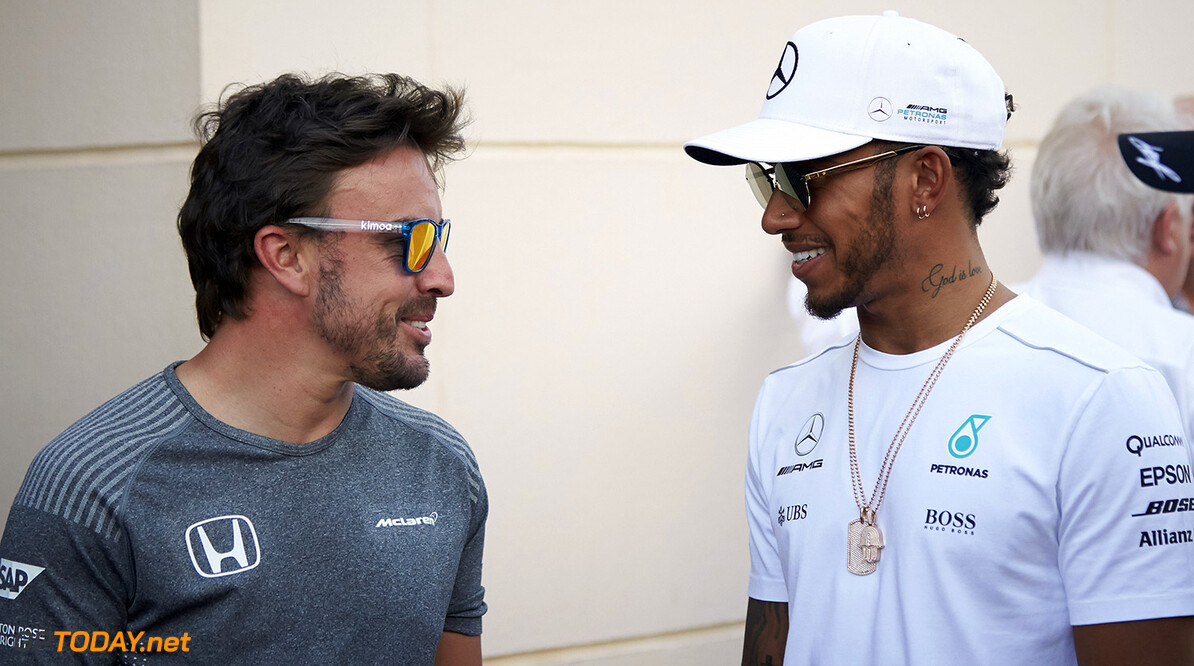 Lewis Hamilton tips Alonso to be in 2018 fight

Lewis Hamilton has tipped Fernando Alonso to join the fight for the world championship in 2018. This year, Briton Hamilton emerged victorious from his battle with Ferrari, but he thinks there will be others in the fight in 2018.

"I will prepare more than ever to try to take home my fifth championship next year," Mercedes' Hamilton is quoted by Italy's La Repubblica. "We will be in a four-way fight: us, Red Bull, Ferrari as always and perhaps McLaren. We cannot afford to stay calm, we need to keep working and improving."

After three years with underpowered and unreliable Honda power, Alonso will have customer Renault engines aboard his McLaren next year. "There will also be McLaren with the Renault engines," Hamilton acknowledged.

Referring to his old McLaren teammate Alonso, Hamilton said: "This year we had a nice duel and I'd like more of them. Fernando deserves to fight at the front so I hope that another world champion like him can join the battle." (GMM)