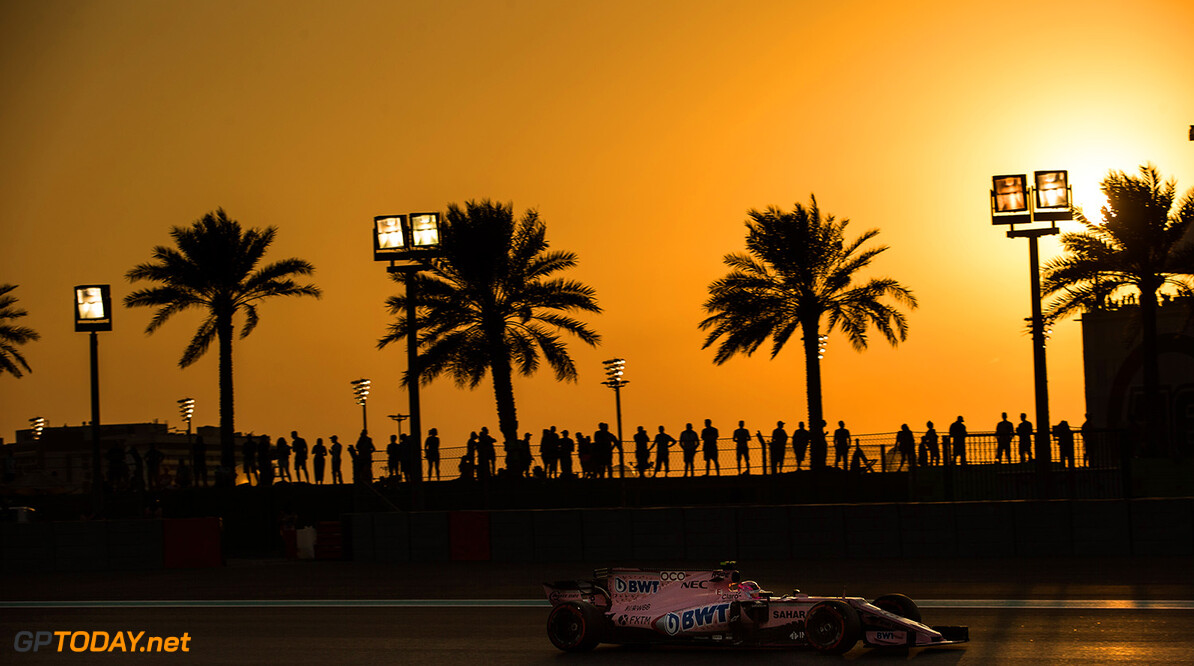 Ocon annoyed at his qualifying result

Esteban Ocon admits that he was not satisfied following qualifying for the Abu Dhabi Grand Prix. The Frenchman once again managed to get into the final session of qualifying, but couldn't get the better of his teammate and the Renault of Nico Hulkenberg.

Ocon will line-up in ninth place, ahead of Felipe Massa who will retire at the end of Sunday's race. Ocon says that he believes seventh would have been possible but states there was a number of things he failed to maximise during the session.

"I’m not totally satisfied with our session today because I think we could have been higher up the grid," he admitted. "I think seventh place was realistic, but the traffic didn’t go our way today and there were a few other things that I didn’t’ maximise.

"It’s always a difficult qualifying session here with the temperatures dropping and you have to work hard to get the tyres in the right operating window. I’m just annoyed I didn’t show the true pace of the car, but it’s only Saturday and the race is what really counts. I want to make a good start, jump ahead of a few cars and end the season with a strong result."

Force India's deputy team principal Bob Fernley added: "It’s good to end the final qualifying session of the year with both cars in Q3. Esteban felt Valtteri impacted his final opportunity in Q3, but ninth place is not a bad effort."