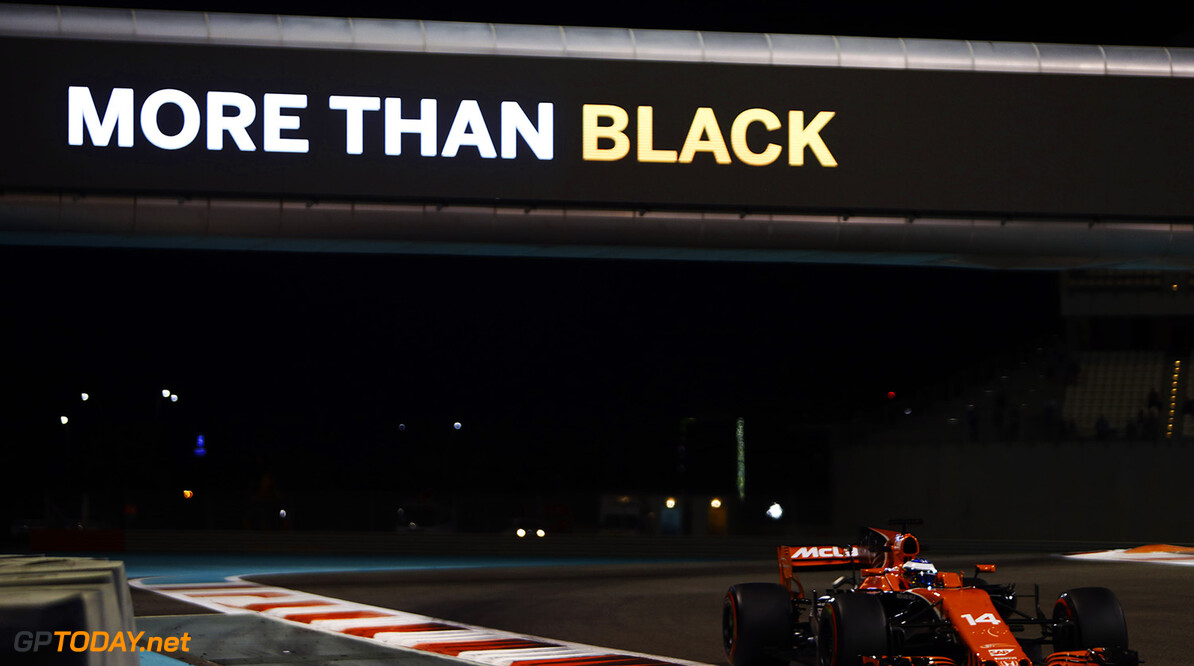 Fernando Alonso is still holding out hope of making it into the final session of qualifying and Saturday, and hopes to add to that achievement by racking up some points on Sunday. The Spaniard will be taking part in his last race with McLaren-Honda.

The disastrous three-year partnership will split after this weekend, and McLaren will take on Renault engines for the 2018 season. Alonso finished both Friday practice sessions in Abu Dhabi inside the top ten and is hoping his pace holds strong as the weekend progresses.

"We had a productive day today," he reflected. "No matter how many points we might take on Sunday, the Constructors’ Championship positions seem to already be decided, so for the last couple of races our main priority on Fridays has been testing new items.

"We had a lot on our plate today, but everything went smoothly and the team did an amazing job to fit everything into the programme. For tomorrow, making it into Q3 and scoring points on Sunday remain the target, but it’s going to be challenging. We saw today that we’re in a very tight group in the middle of the pack with two Williams, two Renaults and two Force Indias."

With Alonso's teammate Stoffel Vandoorne ending both practice sessions in eighth and twelfth respectively, McLaren's racing director Eric Boullier was very pleased with how the day went for the Woking based team. He admitted that the work that was done included valuable information regarding its 2018 challenger.

"Today was a solid day of testing for us and I applaud the hard work of the whole team to pull everything together. We managed to condense a huge amount of work into today’s two sessions, and both were very valuable not only in aiding our preparation for this race, but also informing our end-of-season development work as we look ahead to next year."