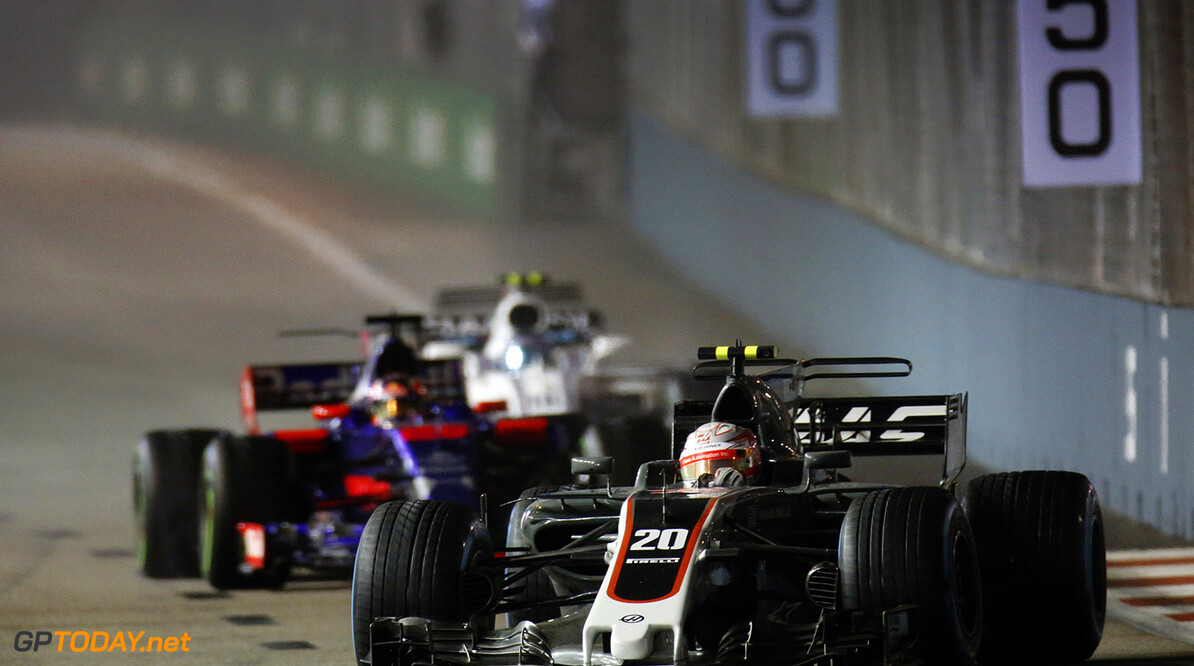 Haas not giving up on seventh place

Haas team principal, Gunther Steiner, has reiterated his desire for his team to take back seventh place in the constructors table from Renault after losing it last time out in Singapore, after Jolyon Palmer scored the best result of his F1 career and finally getting off the mark for this season.

Haas have slipped to the back of the midfield in recent races, with the big budgets of teams like McLaren and Renault propelling their cars ahead of them in relative pace in recent times, especially at tight and twisty tracks like Hungary and Singapore where Haas knew they would struggle compared to their immediate competitors. They have also stated they have already moved development focus to next years car, further harming their pace in recent races.

However despite this Steiner is still optimistic that they can regain position due to the unpredictable nature of the midfield battle, as shown by the race in Singapore, where the likes of Carlos Sainz grabbed fourth position after the first corner crash between Verstappen, Raikkonen and Vettel, three cars that would usually be at the front of the field.

Steiner said this on his teams chances: "We still want to achieve seventh, or the best result we can, we haven't given up, Singapore was one of the worst tracks for us, including Hungary. We knew we'd be weak on those tracks, and we were. We got away with two points, so we got away better than we expected to. Hopefully, at the other tracks, we won't be this far behind the midfield. In the midfield, anything and everything can happen. It's up and down all the time. Regardless, we'll work hard to achieve seventh.

"We decided a long time ago that we would start focusing full-time on the 2018 car in August, and we started partially on our 2018 car in March, you have to plan it well because it's so complex, but everyone else is working on their 2018 car as well. If you were to develop something at this point for the current car and you put it into production, when it comes out it would be too late. If you develop something now, you won't get it to the racetrack for this year."