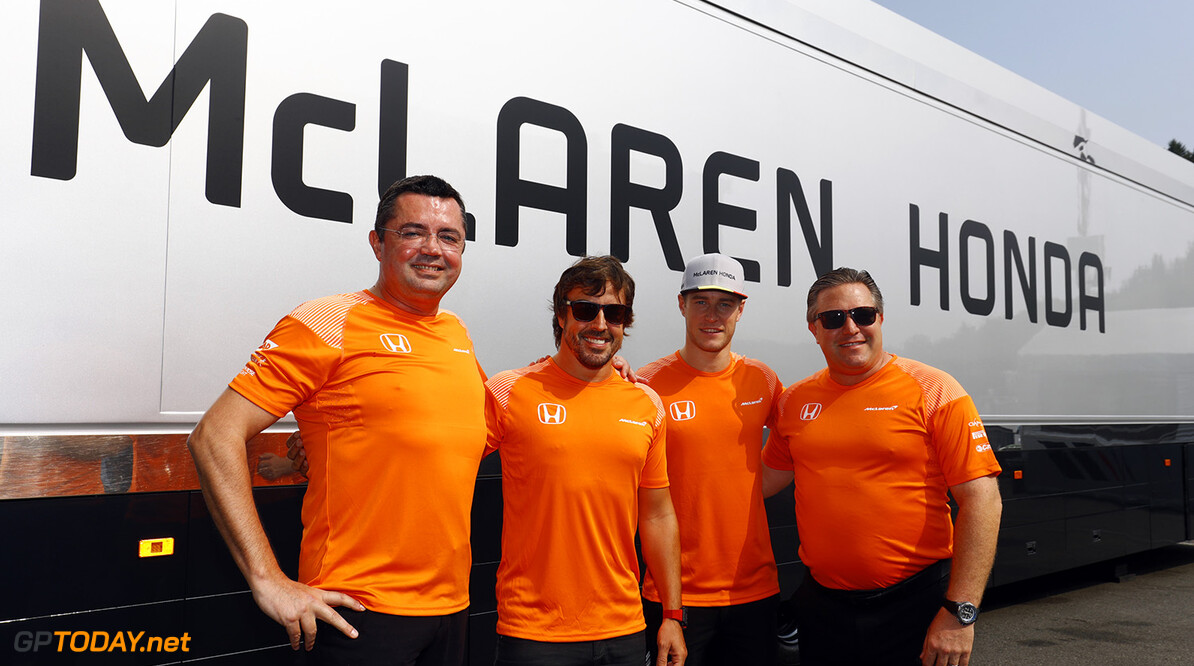 It appears that McLaren is getting closer to signing an engine deal with Renault, although the team has denied that a decision regarding its power unit supplier for 2018 has not yet been made. McLaren look set to go ahead with divorce proceedings with Honda, although the divorce could depend on Toro Rosso agreeing a deal with the Japanese manufacturer which would allow it to remain in Formula 1.

On Friday after FP2, Jerome Stoll, Cyril Abiteboul, Alain Prost and Ross Brawn were spotted in talks inside McLaren's motorhome. Speaking to Sky Sports, Zak Brown admitted that the situation McLaren faces is complex: "It is very complicated," he said. "There are a variety of pieces to the puzzle - some in our control, some not. It can still go either way. It's probably one of the biggest decisions McLaren have ever had to make," he added.

Although Toro Rosso recently set a deadline to decide its 2018 engine supplier this weekend, Brown has said that McLaren has until mid-September to make a decision but refused to share any information regarding ongoing discussions with Honda: "I am not going to comment on any meetings with Honda," he said.

Honda apparently provide McLaren with £50m a year, but after an unfruitful three year relationship which has seen McLaren fail to finish any higher than fifth in a race, Brown has said competitiveness is the team's only target for 2018.

Providing that McLaren did divorce Honda, it is believed that Fernando Alonso would re-sign with the team for 2018 after supposedly issuing an ultimatum earlier in the week which said that he would only stay if the team did part ways with its current engine supplier.

"Fernando has not given us any ultimatum, that it's 'them or us', at all. His decision will be based on whether he thinks we will be competitive or not. He's not been engine-specific in his desires," said Brown, dismissing the rumours of Alonso's ultimatum. "Negotiations are ongoing and they are going very well. But you have to have a Plan B and a Plan C in the event you don't reach an agreement, and we have those plans."

In the event of Alonso leaving the team, Brown also confirmed that Lando Norris would not take his place: "Our current plan is to put him in Formula 2," he said. "I certainly think he's fast enough to be in Formula 1 but we don't want to rush things. He's definitely our star of the future and we won't put him in another Formula 1 team at this point."