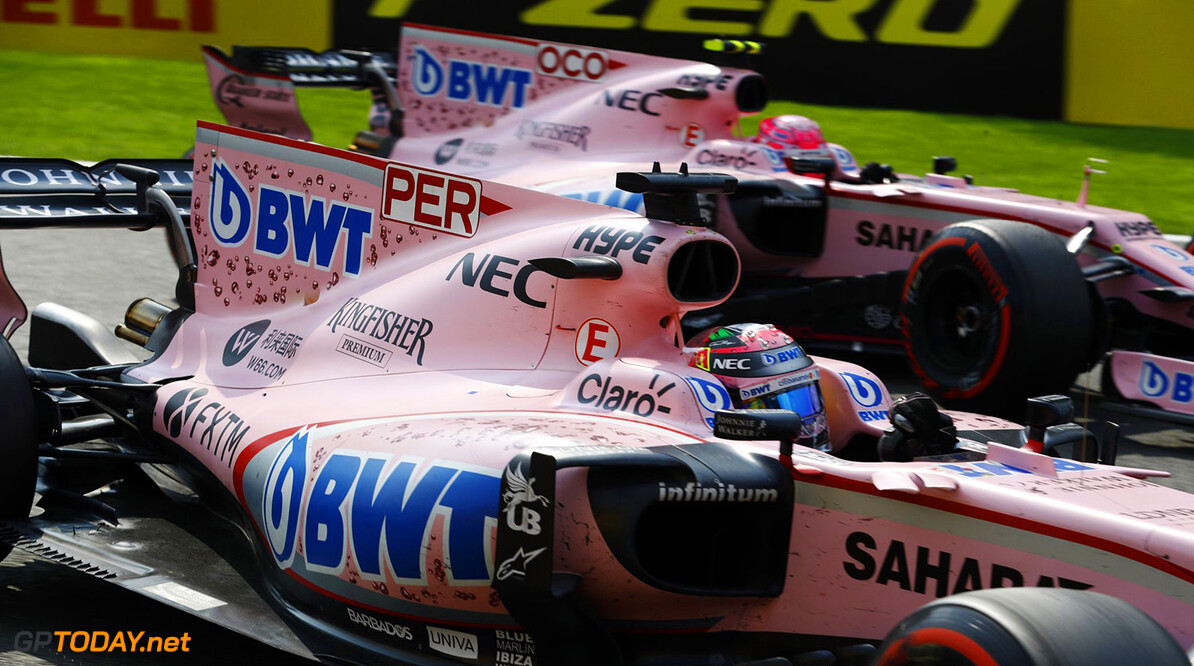 Force India is not ruling out changing its 2018 line-up amid recent tensions. Esteban Ocon and Sergio Perez have been involved in a number of altercations this season, with the latest coming at the Belgian Grand Prix where they pair made contact twice.

Not much blame or backlash was felt for the first incident, as they ran three-wide with Nico Hulkenberg on the run to Eau Rouge. However, the second time of asking saw both cars sustain damage. Ocon lost part of his front wing while Perez's right rear tyre became punctured.

"I have been very happy with our overall performance during the 2017 season with both drivers scoring points for the team and racing freely," team owner Vijay Mallya said. "However, as much as I support competitive racing, the repeated incidents between both our cars are now becoming very concerning. Under these circumstances I have no choice but to implement a policy of team orders in the interest of safety and to protect the team’s position in the constructors’ championship."

Renault is reportedly interested in Perez's services for next season, which could see the partnership that was formed in 2014 expire. When asked by Auto Motor und Sport if its line-up for next year would change, Otmar Szafnauer replied: "We'll have to wait. I hope it doesn't come to that. Either we need better drivers, or we have to make sure they get out of each other's way for the rest of the season."