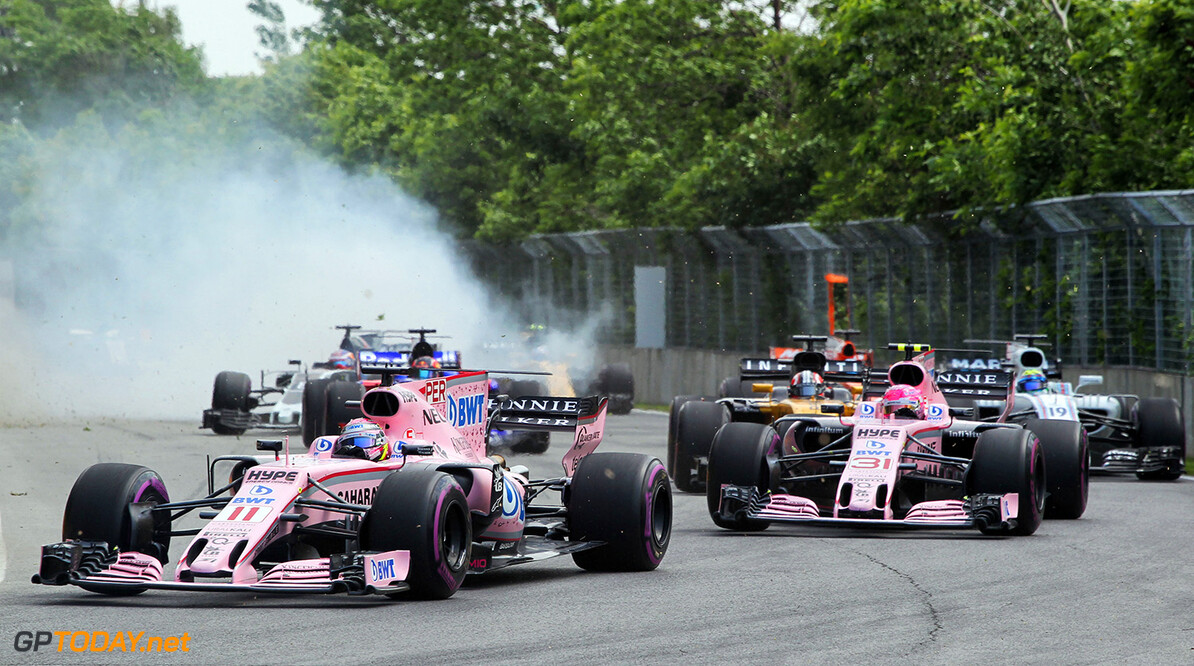 Following the controversy surrounding team orders in Canada, Force India has announced that their drivers Sergio Perez and Esteban Ocon will be allowed to race freely from Azerbaijan onwards.

In Canada, Ocon was stuck behind teammate Perez and requested to be let through so he could attack Daniel Ricciardo for the final spot on the podium. A negotiation battle was held over the radio, but ultimately, Perez didn't move aside.

There were complaints about how the team conducted the situation, with Perez stating that the Silverstone-based team had never found themselves in that set of circumstances. A meeting was held post race to determine how the team would handle a situation like this in the future.

"Montreal also showed the strengths of our driver line-up," team principal Vijay Mallya said. "Sergio and Esteban are very closely-matched and they are pushing each other hard on the track. They both want to beat each other and this healthy competition will help drive us forward. They will get the best out of each other. We will continue to allow them to race freely, but we will always balance this with the best interests of the team. You can't pre-plan these things and every situation will be different."

Sergio Perez will be highly anticipating his return to Azerbaijan, as he was the star of the race last year around the streets of Baku. The Mexican qualified in P2 and went on to take a podium, the latest from his tally of seven.

"The memories from last year’s race in Baku are still very strong," he said. "We had great pace and I loved the track layout. To recover from a gearbox penalty and still finish on the podium was a very special feeling. It was definitely one of my best weekends in Formula One. If we can find the sweet spot again this year I think we can fight for some big points."

Despite not racing here last season, Ocon will perhaps more of an advantage as other drivers are still learning the track due to it being only its second year on the calendar.

"Baku is a great destination for Formula One. Street races always generate a special atmosphere and the city is really cool. I was able to explore a bit last year so I know my way around the place and I’ve walked the track, but I’ve yet to drive there."