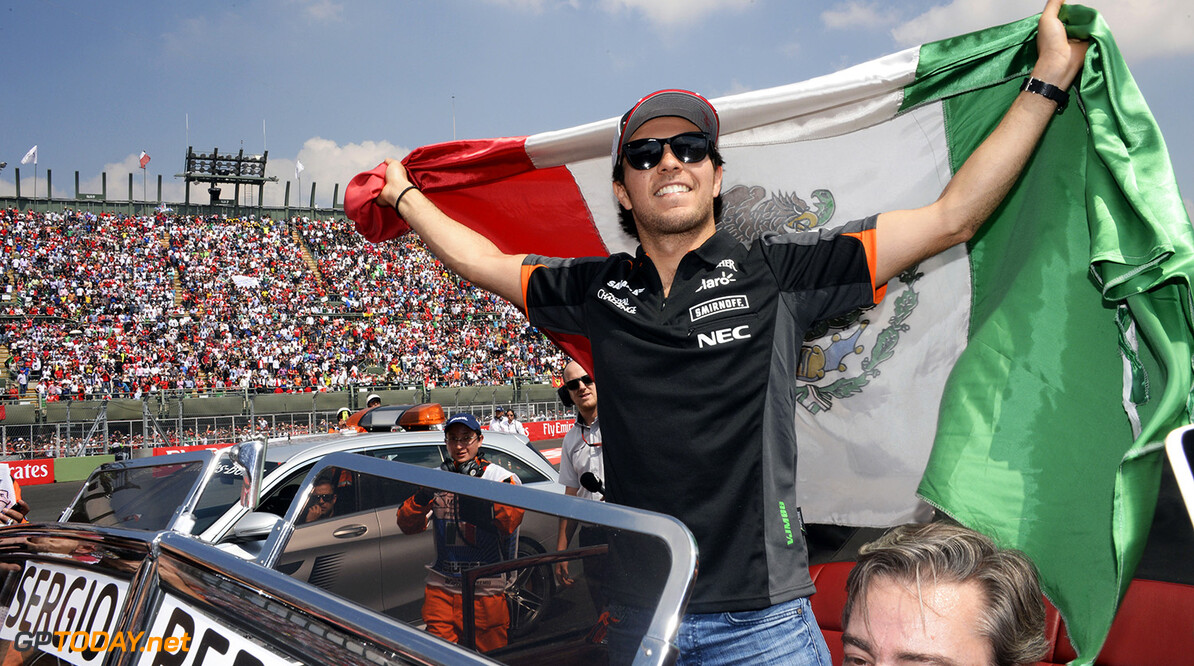 Sergio Perez has admitted that a podium finish in this weekend's Mexican Grand Prix is an unrealistic target.

Racing in his second home Grand Prix of his career, Perez will have virtually all the crowd behind him, but he has all but ruled out a giant-killing performance.

"Let's be realistic. Under normal conditions, (achieving a podium finish) is impossible," he said.

Instead, the Force India driver is targeting a finish higher than his eighth place finish in last year's race, an event which he said was better than expected.

"I was expecting a lot, but what I saw last year was 100 times more incredible," he said of the first F1 Grand Prix in Mexico in 23 years.

Perez currently sits seventh in the drivers; standings and his team is fourth in the constructors' table, locked in a tight battle with Williams.

Should Force India finish the season in fourth place, it will mark the team's best ever finish in their nine year history, but Perez insists the result would be no fluke either.

"We're fourth (in the constructors' championship standings) because we deserve it," the former Sauber driver insisted.