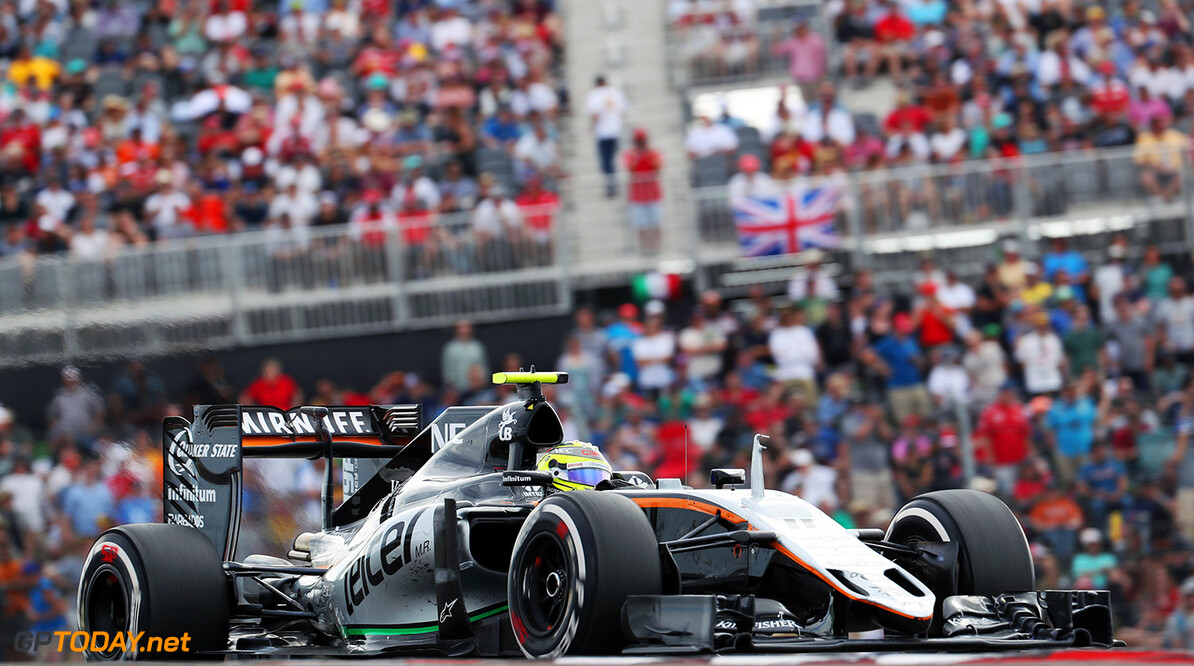 Sergio Perez has said he is satisfied with his result in the US Grand Prix, despite thinking a top five result was possible.

The Force India driver eventually finished eighth after being hit at the by Daniil Kvyat at the start which left him fighting through from the back of the field.

"Eighth was a good recovery after our race was compromised on lap one," he said. "I was hit hard under braking for Turn 11 by Kvyat, who made a mistake and came in with no control."

"All of a sudden I was effectively in last place and with a badly damaged car," he added. "It was a difficult recovery, but step-by-step we got back into the points and in the end we didn't get a bad result."