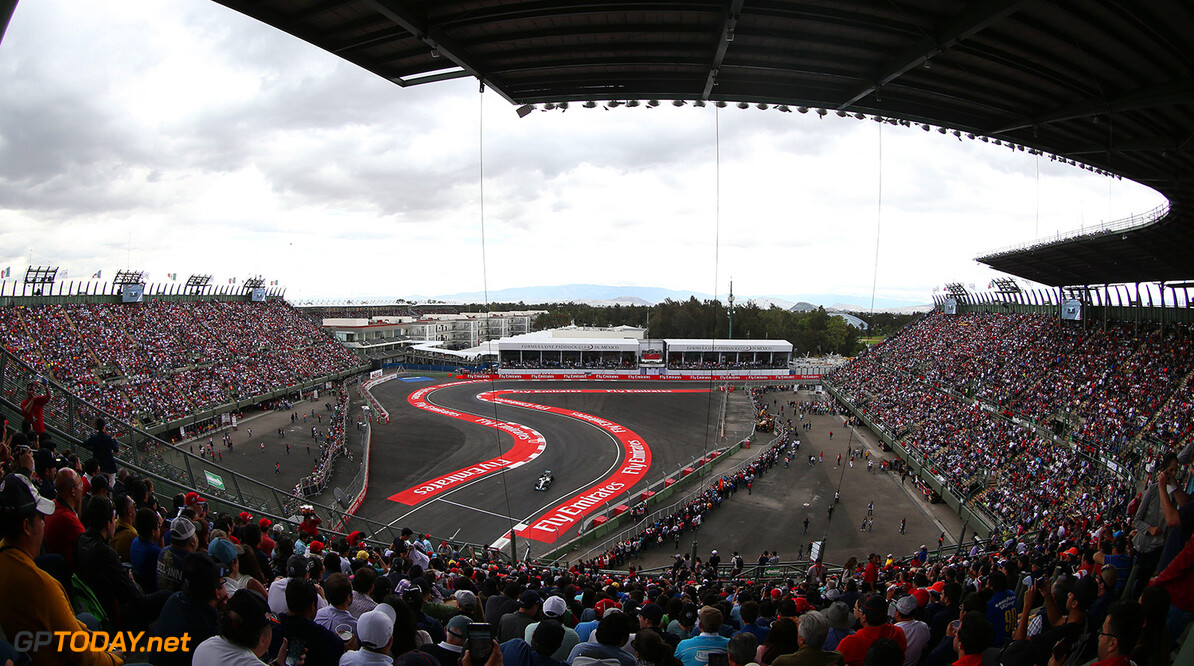 F1 circuit designer Hermann Tilke says he had "goose bumps" when he witnessed the passion stirred up by Mexico's F1 return last weekend. But the German, whose company was responsible for the revamping of the old Autodromo Hermanos Rodriguez, told Auto Motor und Sport he was also happy with how the facility was received by the F1 teams and drivers.

Asked if he expected that, Tilke answered: "Not to that extent -- I expected a bit more criticism. But apart from the fact that the asphalt was a bit slippery, there was nothing really." Indeed, the lack of grip from the asphalt was a theme throughout the race weekend, to the extent that world champion Lewis Hamilton left Mexico calling on Pirelli to "make special tyres for this race" in the future.

But Tilke explained that it was due largely to the normal tight deadline between completion of the circuit and the race weekend. "Time was at a premium here," he confirmed. "The asphalt was laid only three weeks ago and then had to be repaired in some areas a week later, as otherwise it would have broken up."

Race winner Nico Rosberg agreed that the lack of grip in Mexico was not significantly worse than at any circuit where the surface has been recently laid. "It's normal that with a new track it takes a bit of time because the asphalt is just so smooth. It's the normal story like we've seen with most of the new tracks lately," said the German. "It's just one of the challenges that we've had but it's been a great track, they've done a great job with it, so I think the whole race was an amazing success for F1," the Mercedes driver added.

Perhaps the lasting memory of Mexico's 2015 return was the podium ceremony, taking place in front of the massed grandstands in the 'baseball stadium' section. "That was not planned from the beginning, actually," Tilke said of the novel podium location. "It was not our idea -- it came from FOM (Formula One Management)."

He admitted that the biggest problem was the fact that the race itself was not particularly exciting. "We saw that it was possible to overtake," said Tilke, "but you have to admit that it was not the most interesting race. Pirelli definitely had a very conservative choice of tyres, but as we saw in Russia, the first one was not so exciting but this year it was much better. Let's wait a couple of years and I'm sure it will be the same in Mexico too," he added. (GMM)